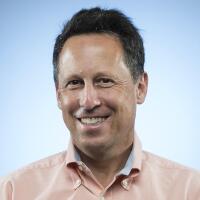 Bill Shaikin, a California Sportswriter of the Year honoree, covers baseball and sports business for the Los Angeles Times. His story on the Dodgers’ Russian physicist-turned-healer who claimed to channel positive energy to the team – “If You Think It, They Will Win” – was featured in the Best American Sports Writing anthology. He was the beat writer when the Dodgers filed for bankruptcy in 2011 and the Angels won the World Series in 2002, two events considered beyond improbable before they happened. He incurred the wrath of Kelly Clarkson’s fans while wondering why she was singing at the Turin Olympics, in a country with a cultural lineage that included da Vinci, Michelangelo and Fellini. He has reported from the Dominican Republic, Israel, England, Italy, Mexico, Canada and Hickory, N.C. He graduated from UC Berkeley and hopes to see the Golden Bears in the Rose Bowl during his lifetime, just once.