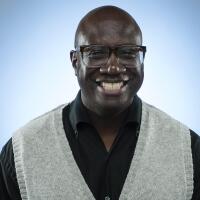 Broderick Turner is a Los Angeles Times reporter who covers the Los Angeles Lakers and Clippers. He has been at The Times since 2008. He was hired to help with coverage of the Lakers and switched to the Clippers in 2011. He’s been covering both teams since 2018. Before coming to The Times, Turner worked for the Riverside Press-Enterprise, where he covered the Lakers, Clippers and UCLA.