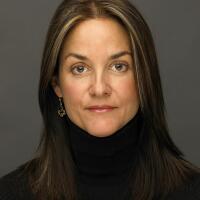 Carolyn Cole is a staff photographer for the Los Angeles Times. Her coverage of the civil crisis in Liberia won the 2004 Pulitzer Prize for feature photography. Cole is a two-time winner of the Robert Capa Gold Medal from the Overseas Press Club of America, for her work in Iraq and Liberia in 2003 and her photographs of the Church of the Nativity, Bethlehem, in 2002. She has earned four World Press awards and has also been named U.S. newspaper photographer of the year three times. Cole grew up in California and Virginia, before attending the University of Texas, where she earned a bachelor’s degree in journalism. She went on to earn a master of art’s degree from Ohio University.