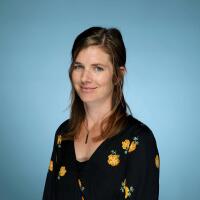 Dania Maxwell is a staff photographer at the Los Angeles Times. Before joining the newsroom in 2018, she spent two years freelancing in Colombia, South America, where she produced a short documentary film about the Wayuu people and how they are affected by one of the world’s largest open coal mines in La Guajira. Previously, she spent three years as a staff photographer at the Naples Daily News in Florida. While there she was awarded an Emmy, POYi, Sigma Delta Chi and Edward R. Murrow award for her work photographing and filming an adolescent boy becoming a man while he was diagnosed with terminal cancer. Maxwell received a master’s degree in visual communication from Ohio University and completed internships at the Oregonian and the Sandusky Register. She has attended Eddie Adams and the Missouri Photo Workshop. A California native, she received her bachelor of arts from Sarah Lawrence College.