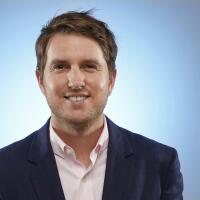 Daniel Miller is an enterprise business reporter for the Los Angeles Times, working on investigations, features and projects. An L.A. native and UCLA graduate, Miller joined the staff in 2013. He is the reporter, writer and host of the 2019 documentary podcast “Larger Than Life,” which chronicles the life of street racer Big Willie Robinson. Miller previously reported on the business of entertainment for five years at The Times, breaking stories on sexual misconduct in Hollywood, detailing the noir-soaked life of a black detective with claimed ties to Raymond Chandler, and covering the Walt Disney Co., from executive suite intrigue to the company’s quirky fans. Miller was a Loeb Awards finalist in 2016 for “Selling Stardom,” a series on unscrupulous show business operators, and was honored in 2018 by groups including the Society of American Business Editors and Writers for “Anaheim’s Subsidy Kingdom,” a series on Disney’s business ties to the Orange County city.