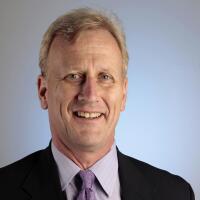 David S. Cloud covers the Pentagon and the military from the Washington, D.C., bureau of the Los Angeles Times. In his 30-year career, he has also worked at the New York Times and the Wall Street Journal, where he was a member of a team of reporters awarded a 2002 Pulitzer Prize for coverage of the Sept 11, 2001, terror attacks. He is co-author of “The Fourth Star,” which traces the careers and experiences in Iraq of four U.S. officers.