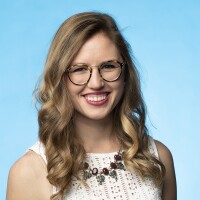 Emily Baumgaertner is a national correspondent for the Los Angeles Times focused on medical investigations and features. She joined the paper in 2019 from the New York Times Washington bureau.

Baumgaertner was named to the 2021 Forbes 30 Under 30 list for her coverage of the coronavirus pandemic. She earned first place in the National Headliner Awards and was a finalist for the Livingston Awards and Investigative Reporters and Editors Awards for her 2019 reporting on Juul’s role in the teenage vaping crisis. Baumgaertner was also part of a team that won an Emmy and an L.A. Press Club Award for coverage of the science behind the Notre Dame Cathedral fire.

She reported from the 2014-16 Ebola epidemic in West Africa and the 2016 yellow fever outbreak in the D.R. Congo as a Pulitzer Center on Crisis Reporting grantee, with work appearing in the Atlantic, the Washington Post, Foreign Policy, Scientific American and elsewhere.

Baumgaertner earned her master of public health degree from the George Washington University. She studied traditional medicine in Madagascar’s rain forests and, as a high school student, sequenced an original gene implicated in breast cancer. A New Haven, Conn., native, she still hasn’t found a decent pizza pie in L.A.