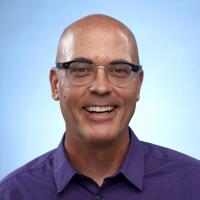 Erik Himmelsbach-Weinstein is senior director/video for features and sports. Before joining the Los Angeles Times, the UC Berkeley graduate was an editor at Spin, Los Angeles Reader, Orange Coast and other publications. His work as a documentary writer/producer has appeared on VH1, ESPN, Food Network, Biography and TLC. He was part of the team nominated for a Best Sports Documentary Emmy in 2012 for ESPN’s “The Marinovich Project.”