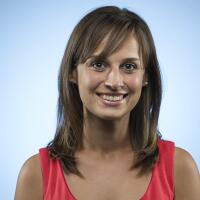 Hailey Branson-Potts is a Metro reporter who joined the Los Angeles Times in 2011. She has reported on a wide range of topics, including rural California and LGBTQ issues. Branson-Potts was part of the team that won the 2016 Pulitzer Prize for breaking news for its coverage of the San Bernardino terrorist attack, as well as the team that was a 2020 Pulitzer finalist for its coverage of a boat fire that killed 34 people off the coast of Santa Barbara. She grew up in the tiny town of Perry, Okla., got her start at the Perry Daily Journal, and graduated from the University of Oklahoma.