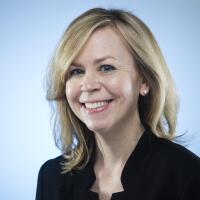 Harriet Ryan is an investigative reporter for the Los Angeles Times. Since joining the paper in 2008, she has written about high-profile people, including Phil Spector, Michael Jackson and Britney Spears, and institutions, including USC, the Catholic Church, the Kabbalah Centre and Purdue Pharma, the manufacturer of OxyContin. Ryan won the Pulitzer Prize for investigative reporting with colleagues Matt Hamilton and Paul Pringle in 2019. She previously worked at Court TV and the Asbury Park Press. She is a graduate of Columbia University.