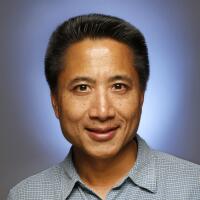 Former London bureau chief Henry Chu joined the Los Angeles Times in 1990 and worked primarily out of the San Fernando Valley office before moving to the foreign staff in 1998. He served as bureau chief in Beijing from 1998 to 2003, Rio de Janeiro from 2004 to 2005 and New Delhi from 2006 to 2008 before moving to London. He was a 2014-15 fellow at the Nieman Foundation for Journalism at Harvard. Chu was born in Indianapolis but grew up in Southern California and received his bachelor’s from Harvard University. He’ll be returning to The Times in March 2020 as deputy news editor based in London.