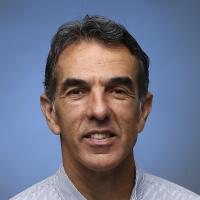 Hugo Martín covers the travel industries, including airlines and theme parks, for the Los Angeles Times Business section. A native Californian, Martín was part of the Metro staff that won three Pulitzer Prizes in 1993, 1995 and 1998. He was also on the Travel section staff that won the Lowell Thomas Award from the Society of American Travel Writers in 2008. He is an avid outdoorsman, gardener and Lakers fan.