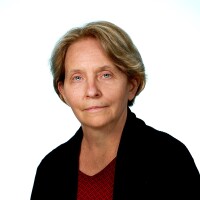 Janet Hook covers national politics for the Los Angeles Times. She returned to the Washington bureau in 2018 after spending eight years covering politics and Congress for the Wall Street Journal. Her first stint with The Times was in 1995-2010 covering Congress and politics. She is a native of Long Island, N.Y., and a graduate of Harvard University. She has lived in the Washington area since 1980 – except for one blissful year in Palo Alto on the John S. Knight Fellowship for Professional Journalists.