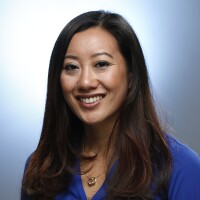 Jessica Q. Chen joined the Los Angeles Times video team in 2016. Previously, she produced films out of the Middle East for the Associated Press, Al Jazeera and UNHCR. Her work on a National Geographic feature-length documentary film about the Syrian civil war premiered at Tribeca in 2017. She has a master’s degree in investigative reporting from the Medill School of Journalism at Northwestern University and a bachelor’s in biology from UC Irvine.