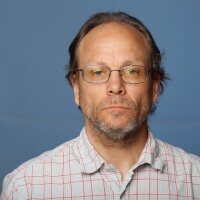 John Penner has been writing and editing for the L.A. Times for three decades. A graduate of Cal State Long Beach, he also attended USC’s Graduate School of Film and Television and studied playwriting in Edward Albee’s master class at the University of Houston. He has lived and worked as a freelance journalist in Prague, after Czechoslovakia’s Velvet Revolution and coinciding with the election that resulted in the country splitting in two. Nowadays he is a copy editor on the Foreign and National Desk who writes occasionally about film, literature and theater.