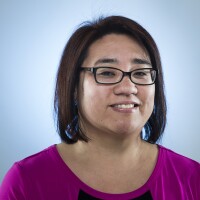 Yoshino served as Business editor for four years, following a distinguished turn as an assistant editor in Metro. Prior to becoming an editor, she was a reporter for the Metro and Business sections, and did two rotations reporting from Baghdad.

Yoshino was one of the primary editors helping guide the paper’s investigation into corruption in the city of Bell, which won the Pulitzer Gold Medal for Public Service in 2011. Under her tenure as Business editor, the section twice received top general excellence honors from the Society of Business Editors and Writers.

Before joining The Times in 2000, Yoshino worked as a reporter at the Stockton Record and Fresno Bee. She grew up in Modesto and attended the University of California at Davis.