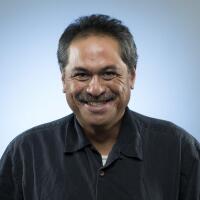 Luis Sinco has been a staff photojournalist at the Los Angeles Times since 1997. His career started at small, ethnic community newspapers in Seattle and Los Angeles. While at The Times, Sinco was part of three Pulitzer Prize-winning teams: for coverage of the 1994 Northridge earthquake, the 2004 California wildfires and the 2015 terrorist attack in San Bernardino, Calif. He was a Pulitzer Prize finalist for his photo coverage of the battle of Fallujah. Pictures of the Year International, the National Press Photographers Assn. Best of Photojournalism and the Sidney Hillman Foundation have also recognized his work. Sinco emigrated from the Philippines as a child and grew up in the Pacific Northwest. He has a bachelor’s degree in journalism from the University of Washington.