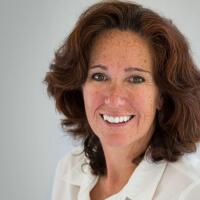 Mary McNamara is a culture columnist and critic for the Los Angeles Times. Previously she was assistant managing editor for arts and entertainment following a 12-year stint as television critic and senior culture editor. A Pulitzer Prize winner in 2015 and finalist for criticism in 2013 and 2014, she has won various awards for criticism and feature writing. She is the author of the Hollywood mysteries “Oscar Season” and “The Starlet.” She lives in La Crescenta with her husband, three children and two dogs.