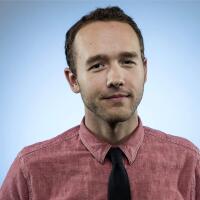 Matt Pearce is a reporter for the Los Angeles Times covering the 2020 presidential election. He previously spent six years on The Times’ national desk, where he wrote stories about violence, disasters, social movements and civil liberties. Pearce was one of the first national reporters to arrive in Ferguson, Mo., during the uprising in 2014, and he chased Hurricane Harvey across Texas as the storm ravaged the Lone Star State in 2017. A University of Missouri graduate, he hails from a small town outside Kansas City, Mo.