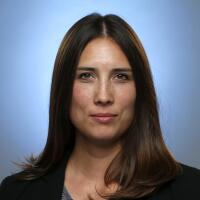 Maya Lau is an investigative reporter for the Los Angeles Times. Previously, she covered the Los Angeles County Sheriff’s Department. She came from the Advocate, based in Baton Rouge, La., where she wrote about criminal justice and corruption in the state’s prison system. She was the lead writer on a team that won an Investigative Reporters and Editors award for stories revealing the financial dealings of the long-serving warden of the notorious Angola Prison, who resigned following the reports. She started in journalism as a New York Times news assistant but truly learned how to be a reporter by moving to the small newsroom of the Shreveport Times and writing about crime. She served in the Peace Corps in Senegal after graduating from Vassar College.