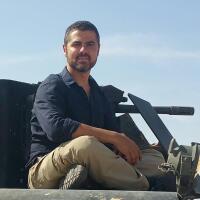 Nabih Bulos is the Middle East bureau chief for the Los Angeles Times. Since 2012, he has covered the aftermath of the “Arab Spring” revolution as well as the Islamic State’s resurgence and the campaign to defeat it. His work has taken him to Syria, Iraq, Libya, Turkey, Lebanon, Jordan and Yemen as well as on the migrant trail through the Balkans and northern Europe. A Fulbright scholar, Bulos is also a concert violinist who has performed with Daniel Barenboim, Valeri Gergyev and Bono.