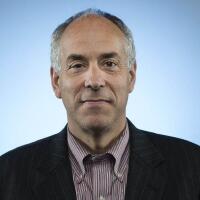 Nicholas Goldberg is an associate editor and Op-Ed columnist for the Los Angeles Times. He previously served 11 years as editor of the editorial page and was also a former editor of the Op-Ed page and the Sunday Opinion section. While at New York Newsday in the 1980s and 1990s, Goldberg was a Middle East correspondent and political reporter. His writing has been published in the New Republic, New York Times, Vanity Fair, the Nation, Sunday Times of London and Washington Monthly, among other places. He is a graduate of Harvard University.