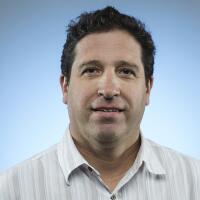 Richard Marosi is a Metro editor for the Los Angeles Times. He previously reported from the U.S.-Mexico border. Marosi was a Pulitzer Prize finalist in 2015 for his series on Mexican laborers and in 2013 for his stories on the fate of thousands of immigrants who were deported from the U.S. to Mexico in recent years. He has delved deeply into Mexico’s drug wars, producing a groundbreaking series on the Sinaloa cartel and sharing an Overseas Press Club Award in 2009. In the early 2000s, his corruption investigations in Southeast Los Angeles County contributed to the indictment or ouster of a dozen politicians and city officials. Marosi is a Southern California resident but remains loyal to the Giants, 49ers and Warriors of his native San Francisco Bay Area.