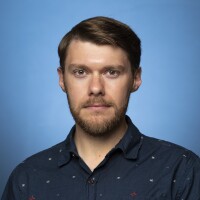 Ryan Murphy is a data reporter and developer on the Los Angeles Times Data Desk. Previously he worked at The Texas Tribune, a nonprofit news organization covering Texas politics, where he was a founding member of the Tribune’s Data Visuals team. His work on the multimedia project Hell and High Water, documenting the dangers of a powerful hurricane striking the city of Houston, earned a Peabody Award in 2016.