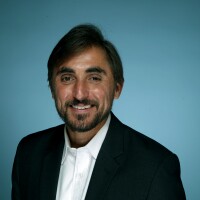 Sam-Omar Hall is a multiplatform editor for the Los Angeles Times. He is a graduate of UC Berkeley’s Graduate School of Journalism, where he covered local news in Oakland and San Francisco. He covered campus, city and state news in Madison, Wis., for the Daily Cardinal student newspaper, where he also served as editor-in-chief. His work has appeared in the Wisconsin State Journal, Billboard and on Capital Public Radio, among others.