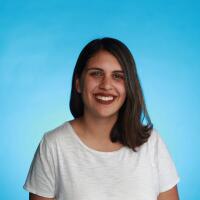 Soumya Karlamangla covers health care in California for the Los Angeles Times. She was part of the team of reporters awarded the Pulitzer Prize for its coverage of the 2015 San Bernardino terrorist attack. Before joining The Times in 2013, she worked for the Oregonian, San Francisco Chronicle, Nation magazine in D.C. and Thomson Reuters in London. She was raised in Thousand Oaks and graduated from UC Berkeley with degrees in biology and English literature.