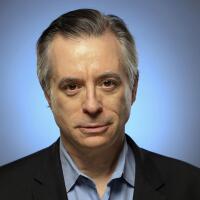 Stephen Battaglio writes about television and the media business for the Los Angeles Times out of New York. His coverage of the television industry has appeared in TV Guide, the New York Daily News, the New York Times, Fortune, the Hollywood Reporter, Inside.com and Adweek. He is also the author of three books about television, including a biography of pioneer talk show host and producer David Susskind.