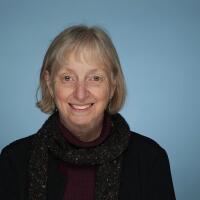 Sue Horton returned to the Los Angeles Times as Op-Ed and Sunday Opinion editor in December 2018. For four years before that, she was a Top News editor and West Coast bureau chief at Reuters. She held a variety of editing jobs at the Los Angeles Times between 2001 and 2014, including Op-Ed and Sunday Opinion editor and deputy California editor. Before her first stint at The Times, she was editor-in-chief of the L.A. Weekly for six years. Prior to that, she was a journalism professor at the University of Southern California. Horton started her journalism career working for Community Information Project, an investigative reporting nonprofit that did stories on contract with public television, “60 Minutes,” and a variety of newspapers and magazines. She is the author of a nonfiction book, “The Billionaire Boys Club,” which was the basis for an NBC miniseries. Horton has a bachelor of arts degree from the University of Redlands and a master’s in journalism from USC.