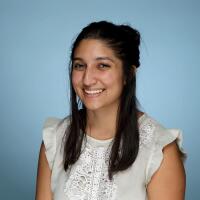 Suhauna Hussain is a reporter at the Los Angeles Times. Before joining The Times in 2018, she wrote for the Tampa Bay Times, the Center for Public Integrity, the East Bay Express, the Chronicle of Higher Education, and independent student-run newspaper, the Daily Californian. Hussain was raised in L.A. and graduated from UC Berkeley with a degree in political economy.