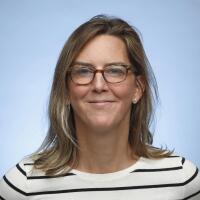 Susanne Rust is an investigative reporter specializing in environmental issues. Before coming to the Los Angeles Times, she was the editor of Columbia University’s Energy & Environmental Reporting Project, where she oversaw several reporting projects, including a series that examined ExxonMobil’s understanding of climate science in the 1980s, 1990s and early 2000s. Rust started her career in 2003 as a science reporter at the Milwaukee Journal Sentinel. She is the recipient of numerous journalism awards, including a George Polk and John S. Oakes award for environmental reporting. In 2009, she and her colleague, Meg Kissinger, were selected as Pulitzer finalists. Rust was a John S. Knight fellow at Stanford University in 2009, and environment reporter at the Center for Investigative Reporting between 2010 and 2014.