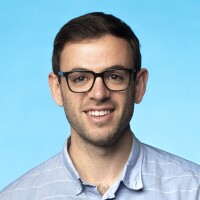 Terry Castleman develops news applications at the Los Angeles Times. In 2020 he was named a Pulitzer Prize finalist in explanatory reporting alongside colleagues Rosanna Xia and Swetha Kannan for “a deeply researched examination of the difficult choices Californians must make as climate change erodes precious coastline.” Previously, he has worked at the New York Times, served as digital director of a congressional campaign in Little Rock and volunteered as a first responder for refugees arriving on the shores of Lesvos. He’s a San Francisco native and a 2016 graduate of Tufts University with degrees in engineering and economics. He is a prescriptive grammarian and it’s insufferable.