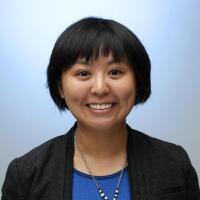 Wendy Lee covers digital media for the Los Angeles Times’ Company Town team. She writes about the growing influence of tech giants like Apple and Google on Hollywood, how studios are adapting to digital disruption and the rise of digital music companies. She formerly covered technology at the San Francisco Chronicle, and was a business reporter for KPCC, the Minneapolis Star Tribune and the Tennessean in Nashville. She is a graduate of UC Berkeley and grew up in the Silicon Valley.