Californians will finally see a little action in the state’s sleepy U.S. Senate race when the top five candidates descend on Stockton tonight for the first of two televised debates before the June 7 primary election.

The 90-minute political scrum starts at 6 p.m. and will be held at the University of the Pacific. You can watch a livestream here. In Los Angeles, KCOP-TV Channel 13 will air the debate starting at 8 p.m.

The two Democrats on stage will be state Atty. Gen. Kamala Harris and Rep. Loretta Sanchez of Santa Ana, who are first and second, respectively, in all recent polls. The three Republicans will be Tom Del Beccaro and George “Duf” Sundheim – two former chairmen of the California Republican Party – and Silicon Valley software developer Ron Unz.

We'll be covering the debate live.

Here are a few things to watch for:

Sanchez in the hot seat 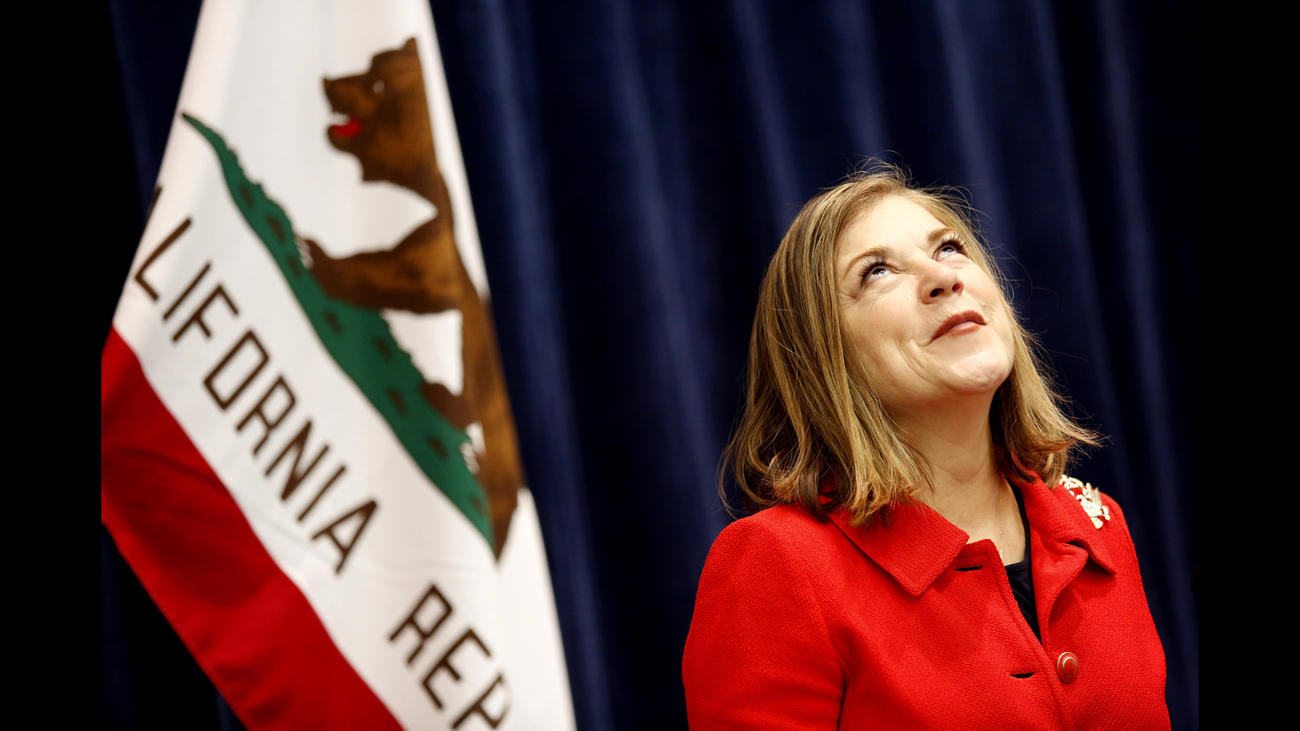 Harris is the solid front-runner, but Sanchez is in second place and is far ahead of the Republican pack, according to the most recent USC Dornsife/Los Angeles Times poll.

Tonight, Harris and the three Republicans will do their best to knock her off that perch. So expect Sanchez to take fire from all sides, and to return it in kind.

For Harris, the reason is simple: Sanchez poses the greatest threat.

Under the rules of California’s “jungle primary,” the two candidates who receive the most votes in June advance to the November general election, even if they belong to the same political party.

Harris would much rather face a Republican in November. Why? Because the last time a Republican won a Senate race in California was 1988, and a GOP candidate hasn’t been elected to any statewide office since 2006. With the Democrats holding a 15% edge in voter registration in California, that trend is not expected to change anytime soon.

If Sanchez makes it to the November election, it’ll be Democrat versus Democrat. That makes the race a lot more complicated. The congresswoman believes that if she wins strong support among Latino and moderate voters in November, she’ll be California’s next senator.

Harris likely will attack from the left to cleave Sanchez away from the Democratic base. She may focus on Sanchez’s 2005 vote in favor of legislation that shielded the gun industry from liability for the criminal or negligent acts of gun owners. Harris also may label the congresswoman's 2012 vote in favor of the Simpson-Bowles deficit reduction plan as an attack on Social Security. Sanchez has said that she has a stellar record on fiscal responsibility and on gun control, receiving an "F" rating from the National Rifle Assn.

Del Beccaro, Sundheim and Unz all believe that they can be the Republican who gives the GOP the best hope for victory in November, but to get to the promised land one of them has to get by Sanchez.

Expect them to attempt to sully any appeal Sanchez may have with moderates, including going after the congresswoman for her vote in favor of President Obama’s nuclear deal with Iran. 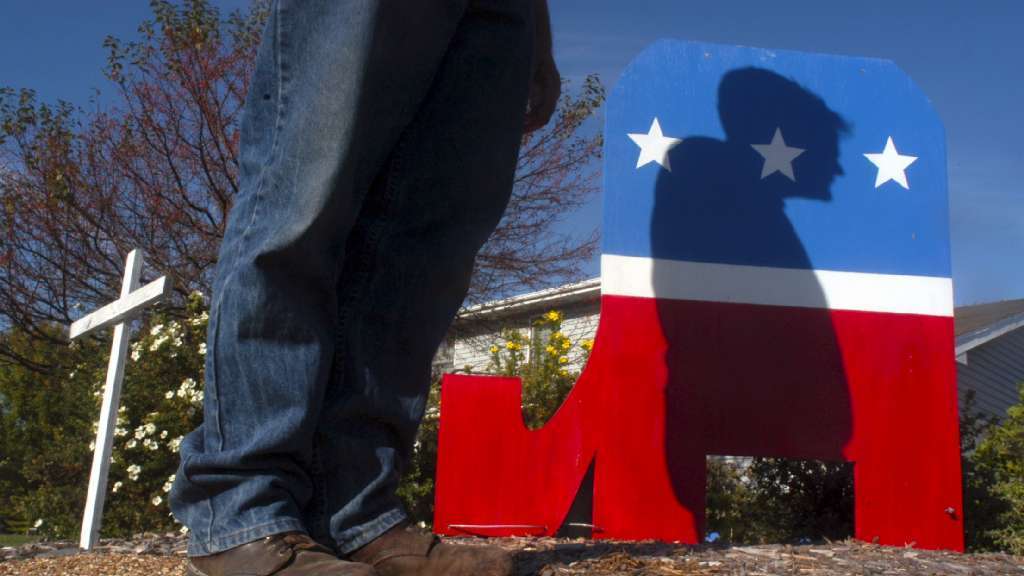 Will the real conservative please stand up?

For a Republican to crack into the top two in the June primary, Del Beccaro, Sundheim or Unz must first rise above their GOP rivals and capture the hearts and votes of the Republican base. That’s a tall order. None of them are well known or well funded.

Barring a cataclysmic gaffe by Harris or Sanchez, a good performance in the debate won’t be enough to “move the needle” since not many Californians will be watching, said Republican consultant Mike Madrid.

But a good showing could help with fundraising. That's essential if a candidate hopes to gets the message out to California Republicans that he is the true conservative in the race, Madrid said.

From the outset of his campaign, Del Beccaro has attempted to establish himself as the conservative standard-bearer, and he is expected to keep on that path Monday night.

Del Beccaro, a Contra Costa County business attorney, calls for scrapping the federal tax code and replacing it with a flat tax. He says the science on global warming is unsettled, and he describes himself as "pro-life" regarding abortion.

Sundheim has campaigned as a fiscal conservative, but one who is willing to diverge from party orthodoxy on many core issues important to California’s left-leaning electorate – and Del Beccaro or Unz may use that to question Sundheim’s conservative bona fides.

The Palo Alto attorney supports abortion rights and a "pathway to legal status" for some immigrants living here illegally. Sundheim hews toward the right on foreign affairs, however, and has been highly critical of President Obama's nuclear deal with Iran.

Unz will be the biggest wild card, and may get skewered from the left and the right for his eclectic political history.

The Palo Alto multimillionaire championed a 1998 initiative to end bilingual education in California. In 2014, he launched a short-lived campaign to increase the state's minimum wage to $12 an hour. He also adamantly opposed the wars in Iraq and Afghanistan.

For all three Republicans, the poll numbers look bleak.

In an April Field poll, the three top GOP candidates registered in the single digits among likely primary voters: Unz with 5%, Del Beccaro with 4% and Sundheim with 2%. In comparison, Harris nabbed support from 27% of those voters, and Sanchez had 14%.

But there is hope for the Republicans. More than a third of those polled remained undecided. And because California may decide New York billionaire Donald Trump's fate as the possible GOP presidential nominee, a surge in Republican voter turnout is expected in state’s June 7 primary.

That bounty may be enough lift one of the Republican Senate candidates to a top-two finish in the primary.

Will we see caution from Harris or gaffes from Sanchez? 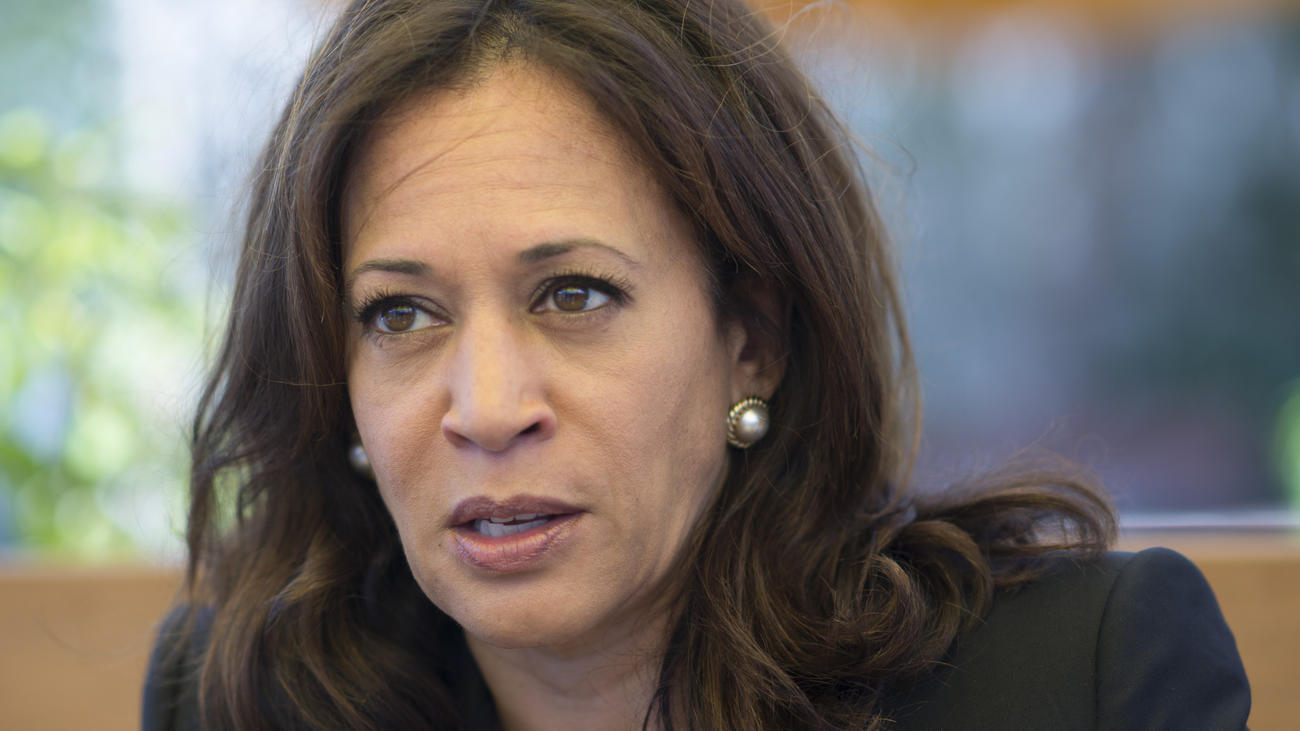 She has had good reason to. Harris leads by wide margins in the polls and in fundraising, and she overwhelmingly captured the California Democratic Party’s endorsement this year. She is the only candidate in the Senate campaign to emerge victorious in a statewide race — narrowly winning her first campaign for attorney general in 2010 and then breezing to reelection in 2014.

On the campaign trail, Harris rarely strays from her well-honed message. She has emphasized her successful effort as attorney general in going after the big banks behind the mortgage crisis and her refusal to defend Proposition 8, the statewide ballot measure that banned same-sex marriage and was later nullified. She has vowed to protect and restore the fundamental rights of all Americans.

Californians are about to see if she keeps her cool in tonight’s debate when Sanchez and the others go after her. The congresswoman has survived in the toxic, partisan atmosphere of Washington for two decades — ample time sharpen her debating skills.

Harris may be asked about the criticism she has faced from civil rights advocates for not doing more to hold law enforcement officers accountable for fatal police shootings. Harris, who has strong support from police unions, has opposed legislation that would require her office to independently investigate those shootings.

The greatest peril facing Sanchez will be her tendency to talk off the cuff — a down-to-earth manner that ingratiates her to voters, but that also comes with the occasional, wince-provoking political gaffe.

Shortly after launching her Senate campaign last spring, Sanchez was caught on video imitating a Native American “war cry” and was forced to apologize. The incident still sticks in the minds of some loyal Democratic voters.

The congresswoman cannot afford to make another misstep.

Live coverage of the debate