GOP candidates agree on one thing: No Syrian refugees

The GOP presidential candidates sparred Tuesday night over their leadership skills and the United States’ role in the Middle East. But they found common ground on President Obama’s plan to allow 10,000 refugees next year – all of the candidates opposed the move, arguing that the inability to thoroughly vet them would allow terrorists to infiltrate the country.

The subject came up several times throughout the night, notably when a student named Carla Hernandez from the University of Texas at Austin asked the question via a video on Facebook. Here's what she asked.

“If the Bible clearly states that we need to embrace those in need and not fear, how can we justify not accepting refugees?”

The candidates had plenty to say. 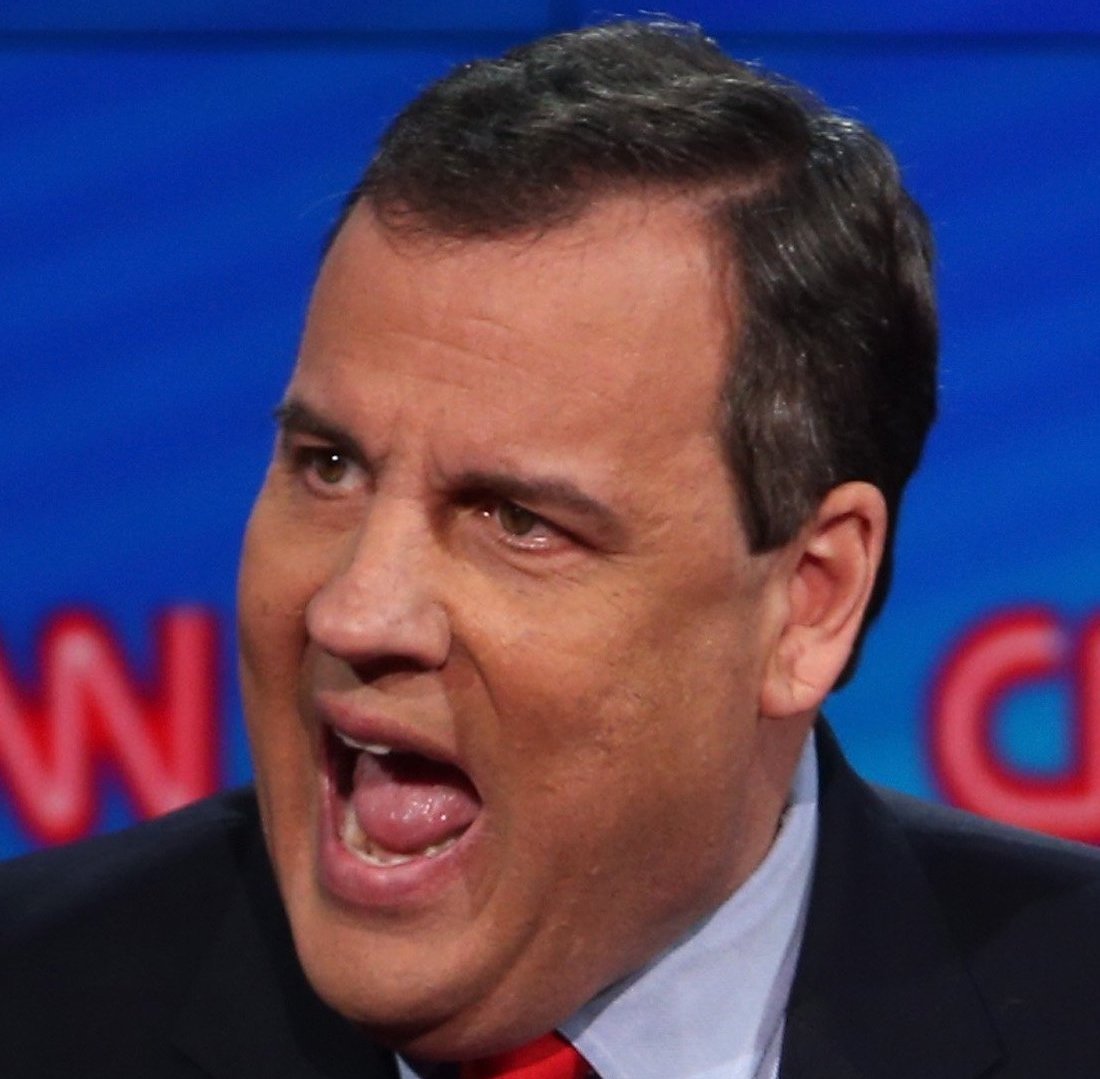 “The first job of the president of the United States is to protect your safety and your security and the security and safety of your family. And this debate stops with me in the discussions with the FBI director. … And when Jim Comey gets up before Congress and says, we cannot effectively vet these people, for me as president, that's the end of the conversation. We have to put America's security first.”

“And it was widows and orphans, by the way, and we now know from watching the San Bernardino attack that women can commit heinous, heinous acts against humanity just the same as men can do it.”

“And so I don't back away from that position for a minute. When the FBI director tells me that he can vet those people, then we'll consider it and not a moment before because your safety and security is what's most important to me.” 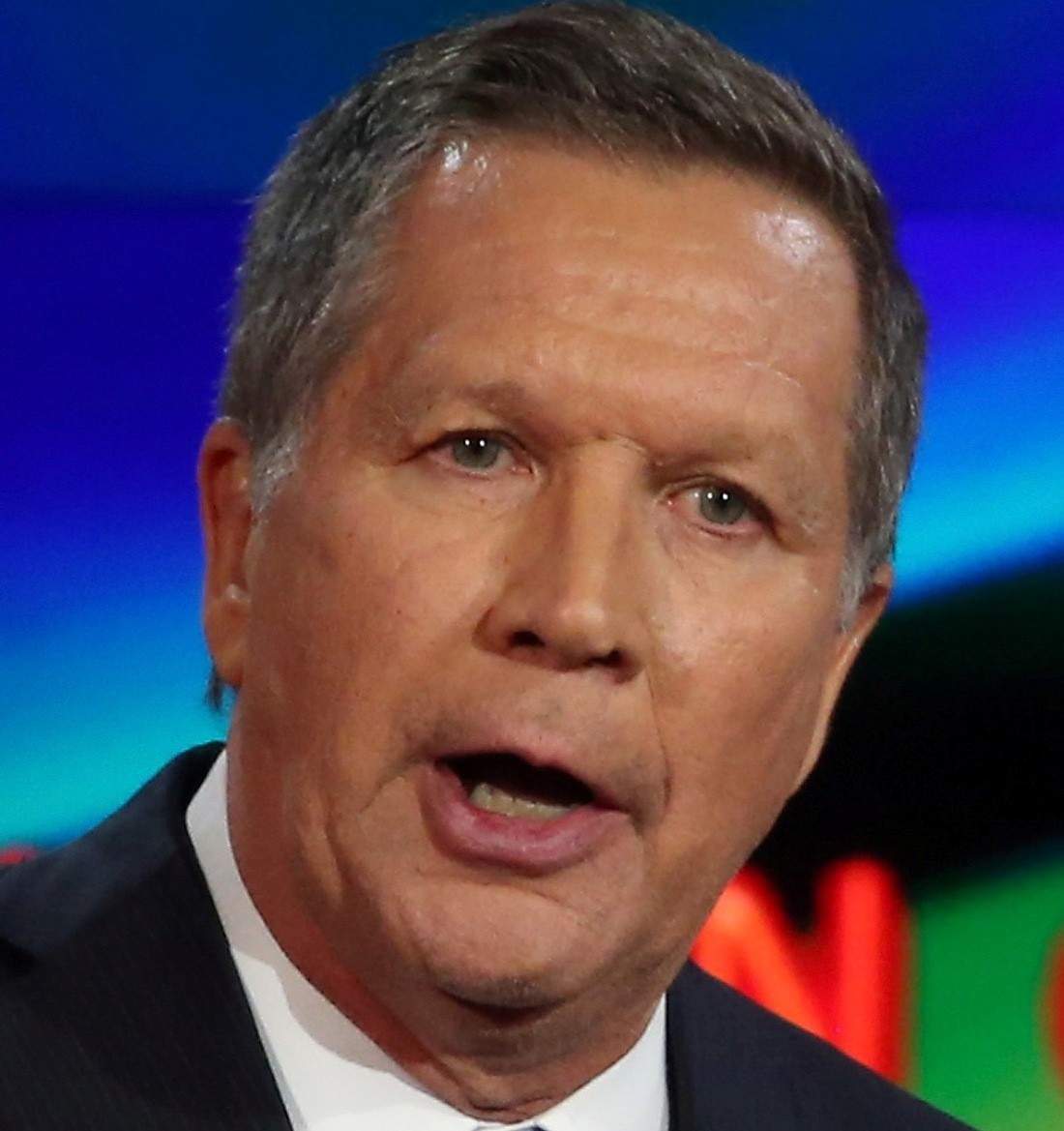 “You know, obviously, as president of the United States, we've got to keep the people safe. That's first and foremost. But as governor of Ohio, I have an obligation to keep the 11.5 million people in Ohio safe. And we have been very effective with our Joint Terrorism Task Force, being able to make busts. In fact, we just made one three-four weeks ago against a person who was favorable to ISIS living in Akron.”

“But let me tell you what is interesting about the administration. We had Central American miners that were placed in Ohio, and we never knew a thing about it. We didn't know where they were. And, in fact, we know now that some of them, there is a case going on where some of them may have been human-trafficked.”

“So when the administration tells me we have a great vetting process, the proof is in the pudding. They sent these miners to us. Our schools were disrupted. We didn't know where they were. And bad things happened to them. And now they tell me that we ought to be able to admit these Syrian refugees.”

“So, Wolf, look, people have accused me at times of having too big of a heart. You know, that's OK. But I have to also to say I must keep the people of my state safe. So we take a pause. 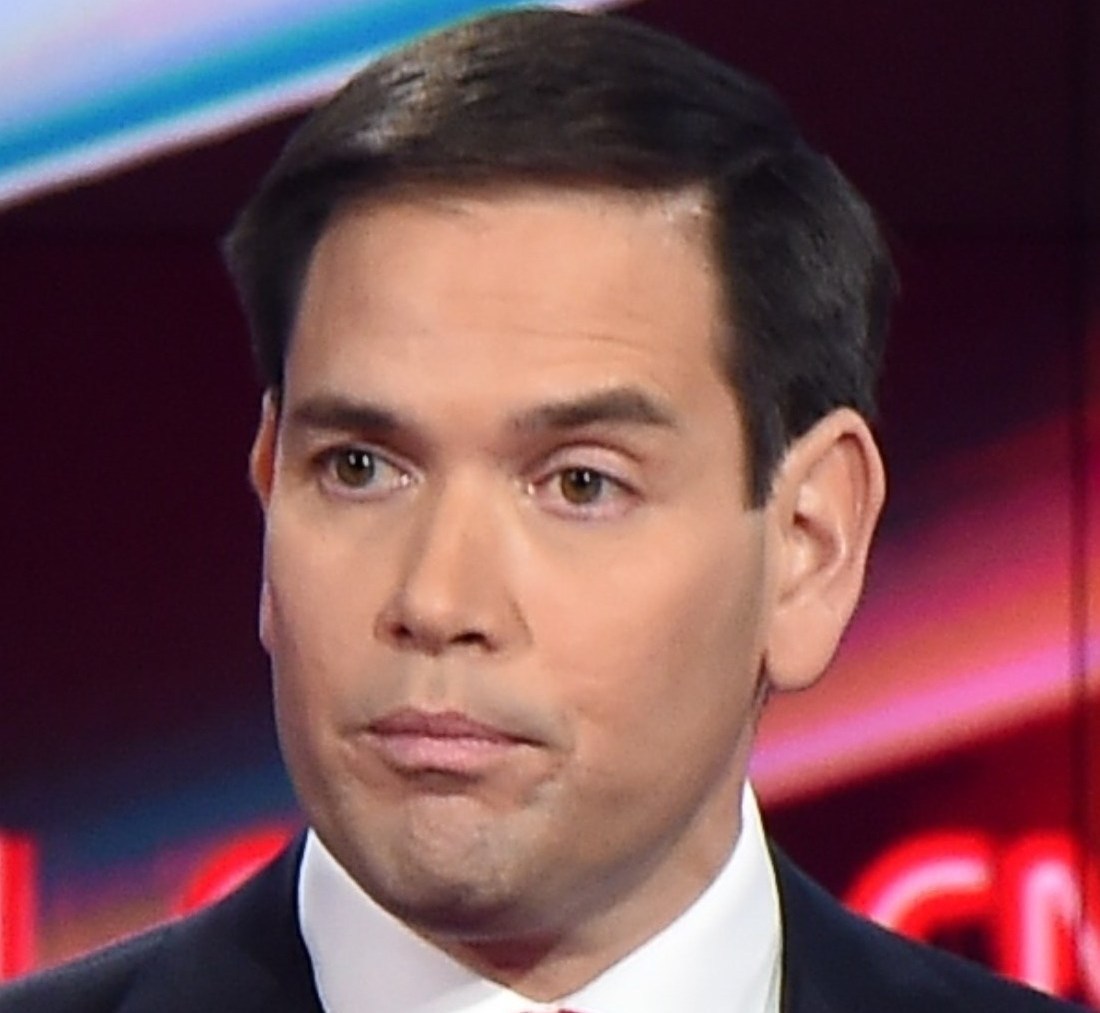 “As far as the refugees are concerned, it's not that America doesn't want to accept refugees, Wolf. It's that we may not be able to, because this is an issue we have to be 100% right on.

"If we allow 9,999 Syrian refugees into the United States, and all of them are good people, but we allow one person in who's an ISIS killer -- we just get one person wrong, we've got a serious problem.”

“And there is not a single person in the national defense apparatus of this country that can guarantee you are going to be 100% right."

"And that's why as president, I'll take this very seriously.” 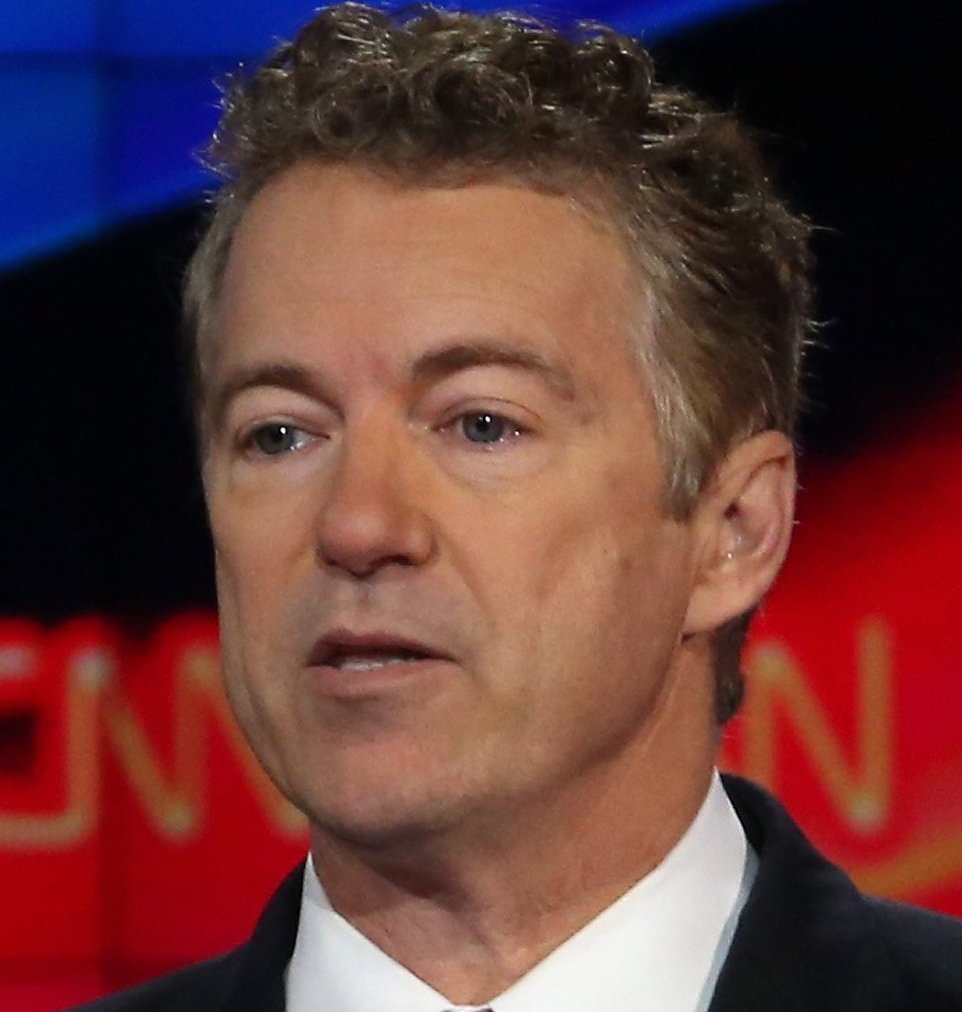 “We have a lot of problems here in our country. And ... one of the things that we do -- charity is about giving your own money. Charity isn't giving someone else's money. To put everyone in government housing and food stamps and bring them in from around the world I think is a mistake. To give of your own money, I've given to my church. My church has helped people that came from Bosnia. That's a good thing.”

“But we shouldn't have a program where we just say that we're going to take care of the world's refugees. Nobody in the Middle East is doing anything. Saudi Arabia, Qatar, Kuwait -- all the gulf nations are doing nothing. They need to step up.”

"You know, I think we need to set the record straight on this, because I think Marco misspoke about the bill. On the Gang of Eight bill, there was no provisions really for extra scrutiny or safety for refugees. At the time the bill came up, two Iraqi refugees came to my hometown, Bowling Green, Ky. Their fingerprints were on a bomb from Iraq. They were in the database, but we didn't pick them up."

"We relocated them here, put them in government housing, got them on food stamps. And we began providing for them, but we didn't have adequate security. On the Gang of Eight bill, on Marco's bill, we had an opportunity. There was a conservative consensus for an amendment I put forward called Trust, But Verify that would have strengthened border security on both refugees, students and those coming here. And Marco sided and I guess was more sympathetic to Chuck Schumer and to the president than he was to conservative principles."

"But this goes directly to national defense. And if he wants to run as a national -- national defense conservative, he's got to explain why he hasn't stepped up to support border security."

Moderator Wolf Blitzer followed up, "Sen. Paul, you didn't answer the question about the 2,000 Syrian refugees who are already here in the United States. Will you send them back or let them stay?

Paul responded, "What my bill would do would be only for refugees going forward. So I haven't taken a position on sending anyone home." 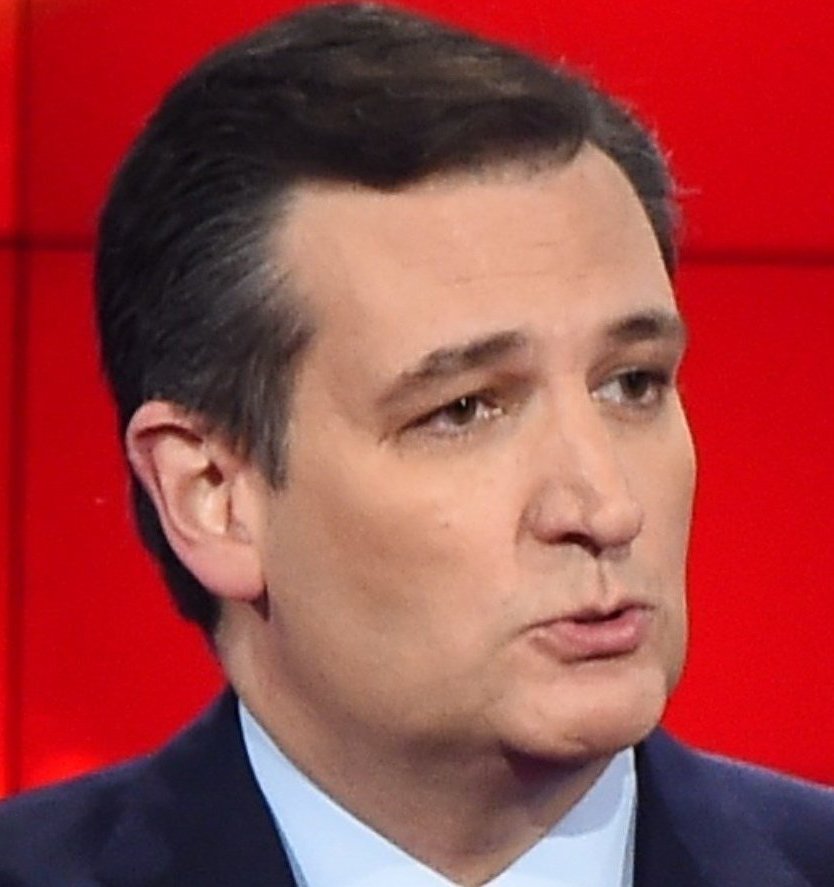 “President Obama and Hillary Clinton are proposing bringing tens of thousands of Syrian refugees to this country when the head of the FBI has told Congress they cannot vet those refugees. “

“I understand why Donald made that proposal [to temporarily bar non-American Muslims from entering the nation]."

"I introduced legislation in the Senate that I believe is more narrowly focused at the actual threat, which is radical Islamic terrorism, and what my legislation would do is suspend all refugees for three years from countries where ISIS or Al Qaeda control substantial territory.” 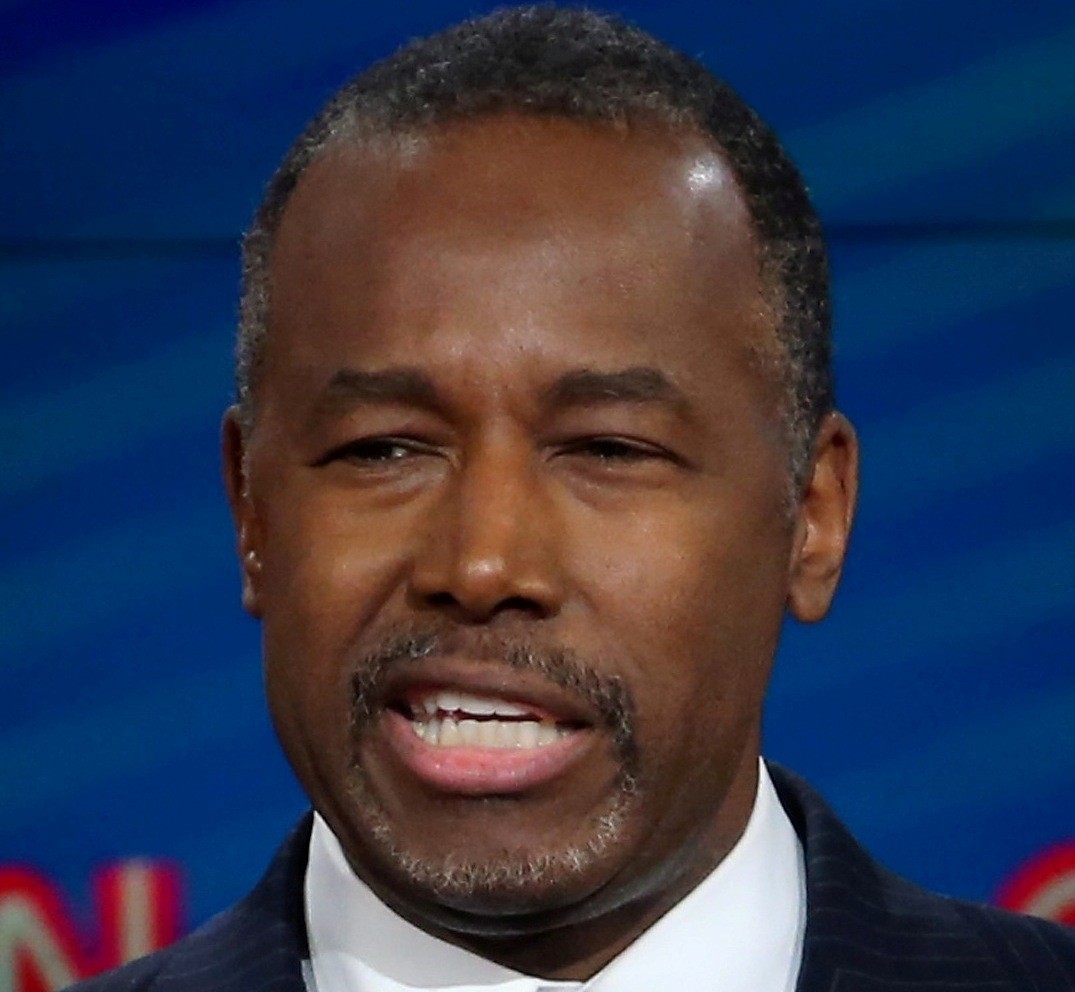 In another section of the debate, Carson discussed a recent trip to Jordan.

"Well, it was very interesting having an opportunity to talk to the Syrians themselves. And I asked them: What do you want? What is your supreme desire? Their supreme desire was to be settled back in their own country. I said, 'What can Americans and other countries do?' They said, 'Support the efforts of those who are trying to provide safety for us, including the Jordanians.'

"Of course, they had a brand new hospital, for instance, that was unstaffed because there wasn't enough money to do it. But here's what's really neat. If you go into Hasakah province in northeast Syria, that's an area that's as big as Lebanon. It's controlled by the Kurds, the Christians and the moderate Sunnis. And there are airstrips and hotels. You could settle a lot of people there."

"All we would have to do is be willing to provide them with some weaponry, some defensive weaponry. And we seem to be afraid to give the Kurds weaponry. We like to send it for some strange reason through Baghdad, and then they only get a tenth of it."

"And if we would support them, we'd have a perfect ideal there. We don't need to set this up as we either take a bunch of refugees who will be infiltrated with terrorists, I guarantee you. For them not to be would be terrorist malpractice. And we need to -- to choose the right choice, not these false choices."

Seema Mehta is a political writer who is covering the 2022 midterm elections that will determine control of Congress. She started at the Los Angeles Times in 1998, previously covered multiple presidential, state and local races, and recently completed a Knight-Wallace fellowship at the University of Michigan.