JPL invites you to explore 13 alien worlds (and Earth)

It's never too early to plan your trip to space, at least according to the folks at NASA.

At NASA's Jet Propulsion Laboratory, a team of designers worked with scientists and engineers to imagine what it would be like to visit 13 alien worlds.

Follow in the footsteps of NASA's Voyager mission and experience the thrill of a "gravity assist," explore alien oceans on Earthlike moons or travel far beyond the reaches of our solar system to intriguing and mysterious exoplanets.

There's also a poster promoting Earth as a destination, reminding the weary space traveler that there's no place like our warm, watery, breathable home.

Poster-sized images are available to download for free on JPL's website. Prints of the Voyager, Mars and Enceladus posters are listed for sale on the artists' website, although a JPL spokesperson said they do not appear to be the official versions.

The artist behind the Jupiter poster wrote a blog post showing early comps in the making of his piece. 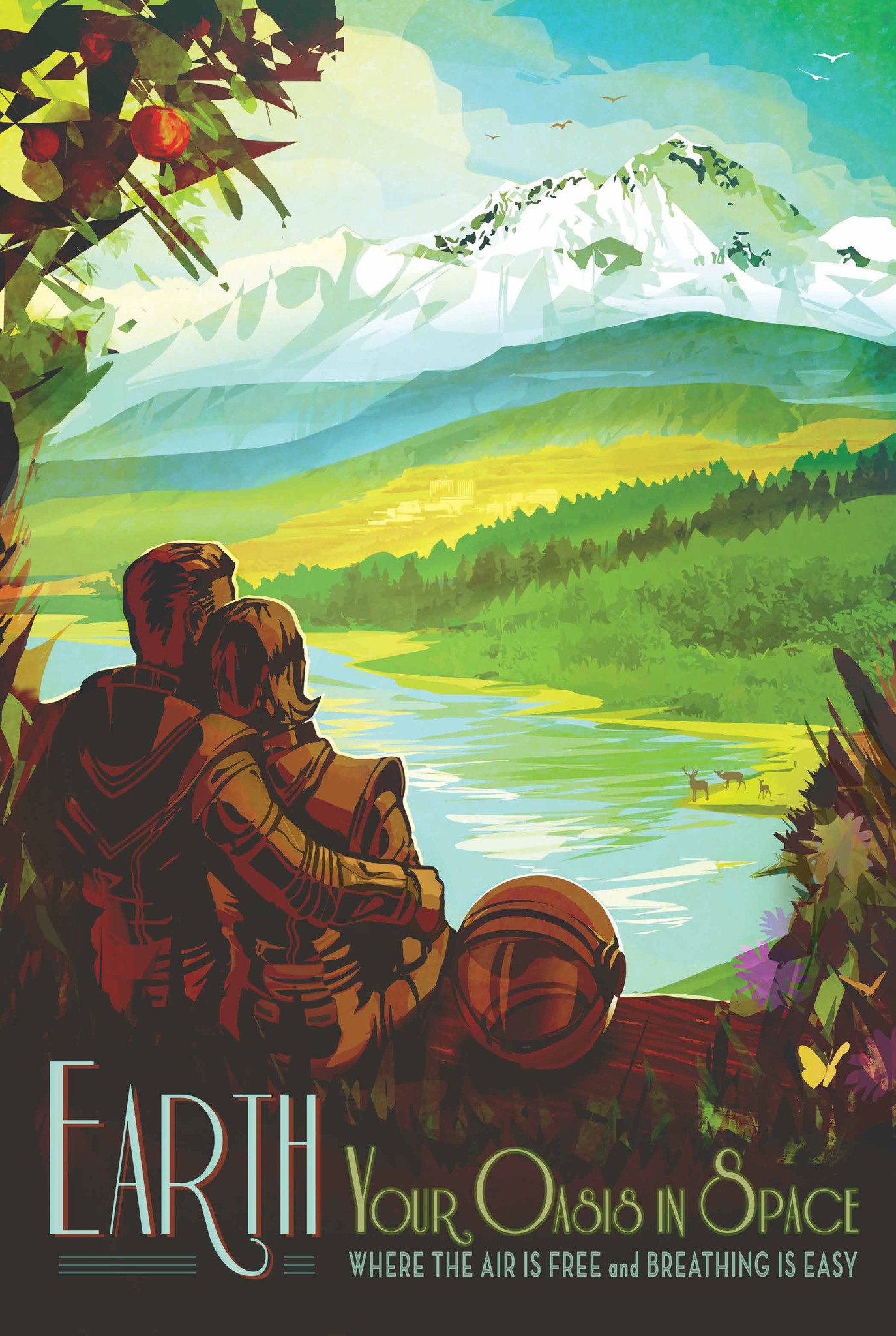 We can already explore Earth every day, but it's nice to have a place we call home in the universe. 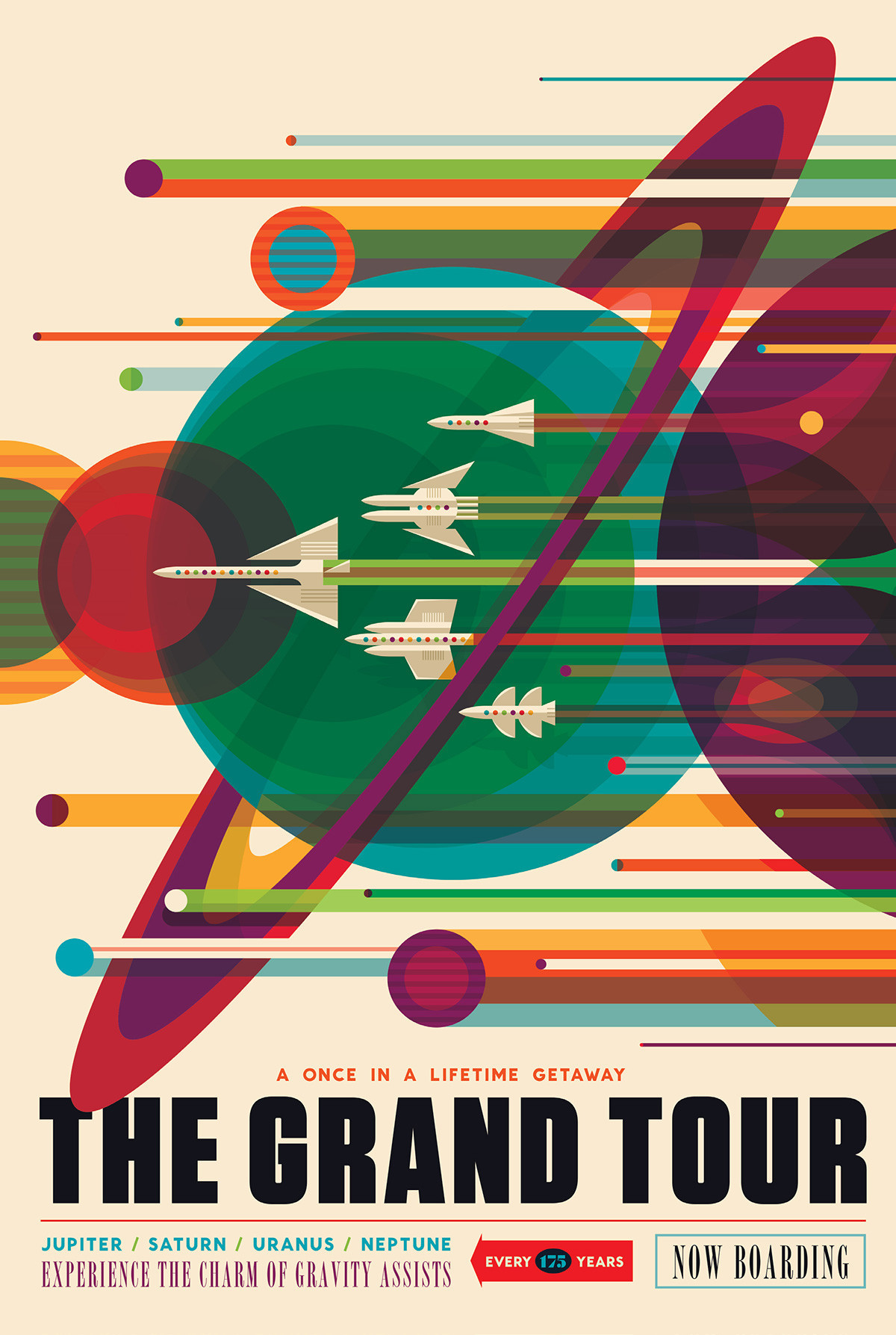 Follow in the footsteps of the 1977 Voyager mission for a grand tour of the solar system. The twin spacecrafts revealed new details about Jupiter, Saturn, Uranus and Neptune as they used each planet's gravity to propel them farther into space, called a "gravity assist." 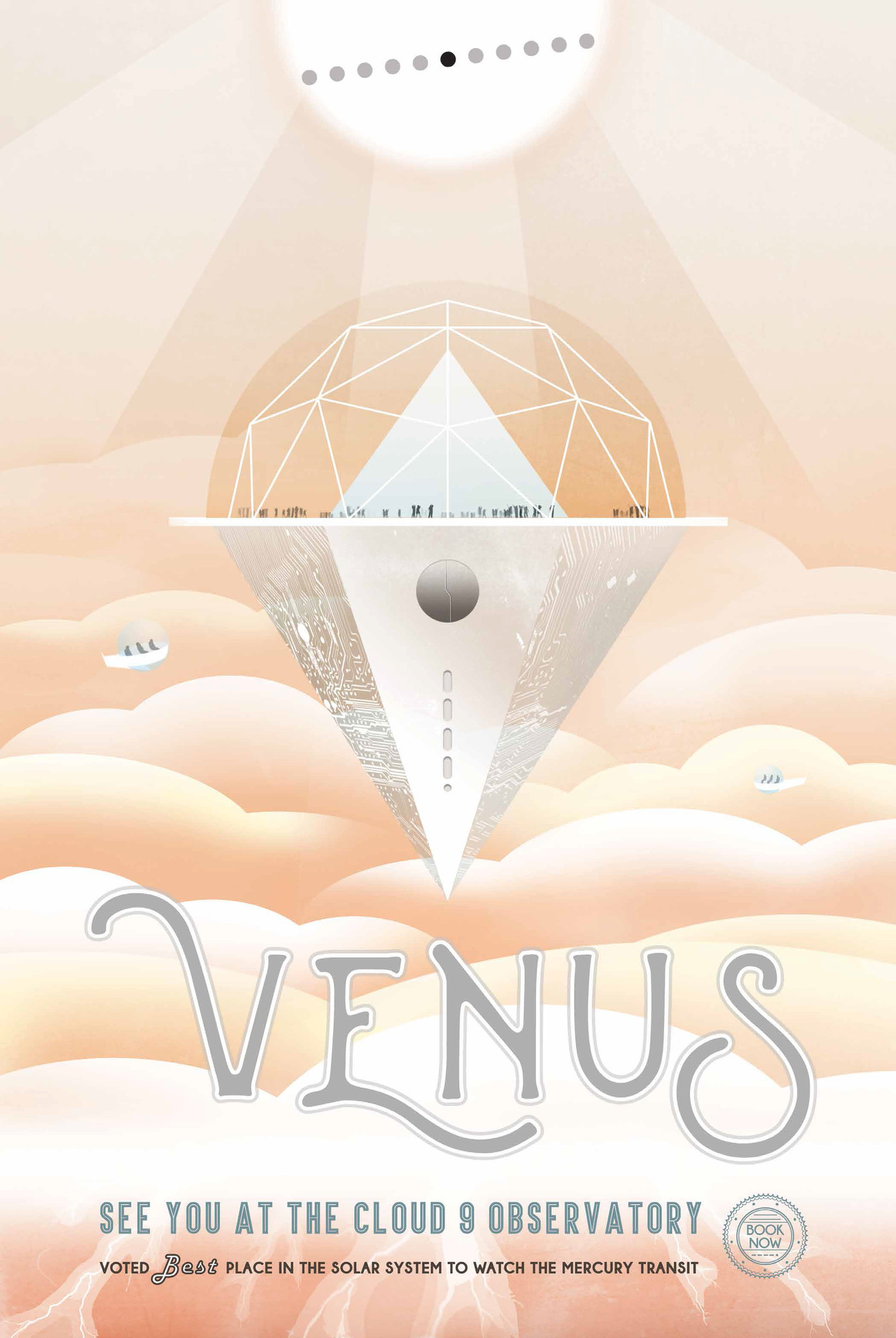 Though we're not sure how pleasant Venus would be to visit, given its toxic atmosphere and lead-melting heat, it woud offer a fine view of the Mercury transit, when the small planet appears as a black dot crossing the sun's face. 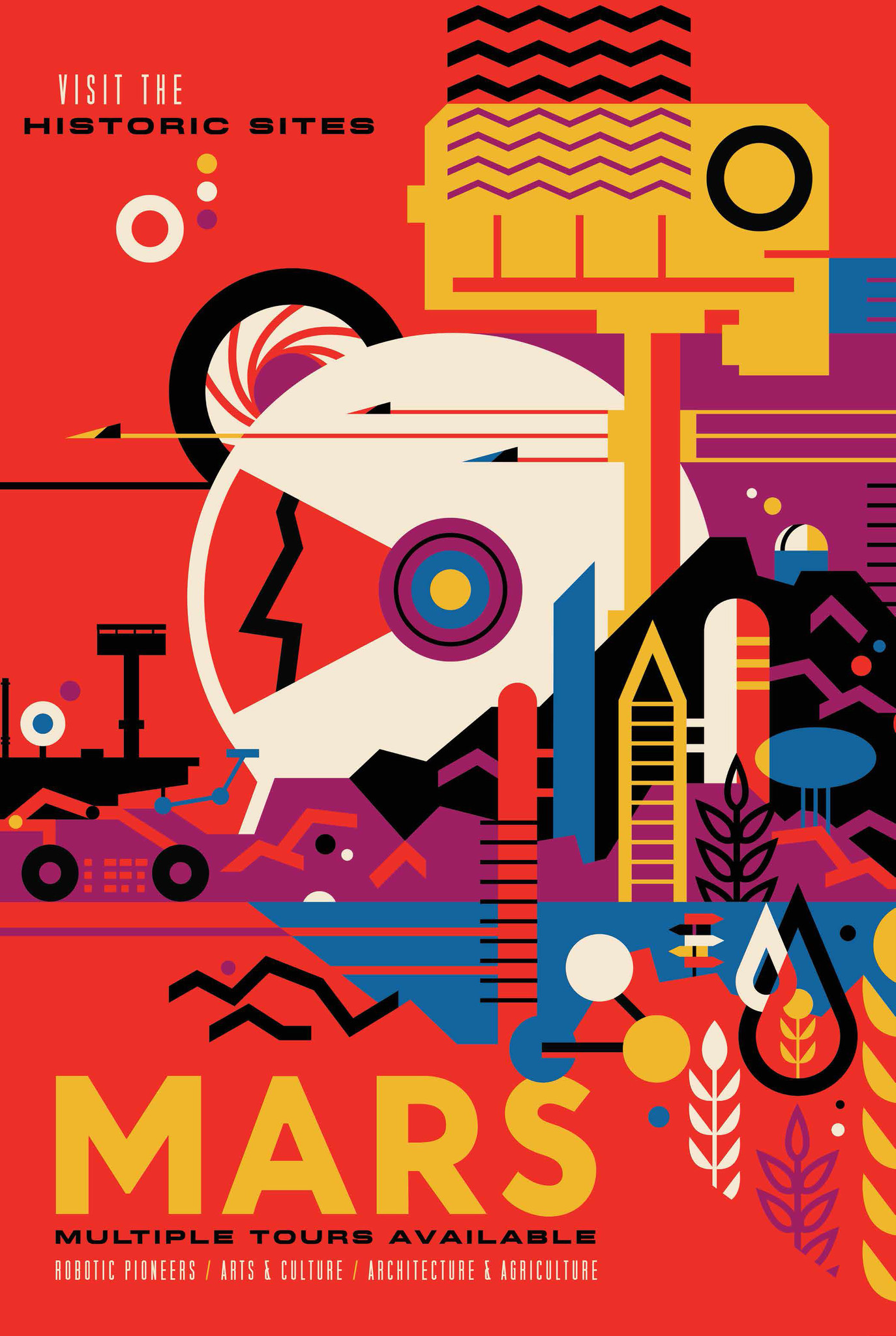 By the time humans land on Mars, we'll already have a rich history of exploring the Red Planet. The Mars poster takes a nostalgic look at some of NASA's previous missions to Mars, including rovers, space probes and satellites. 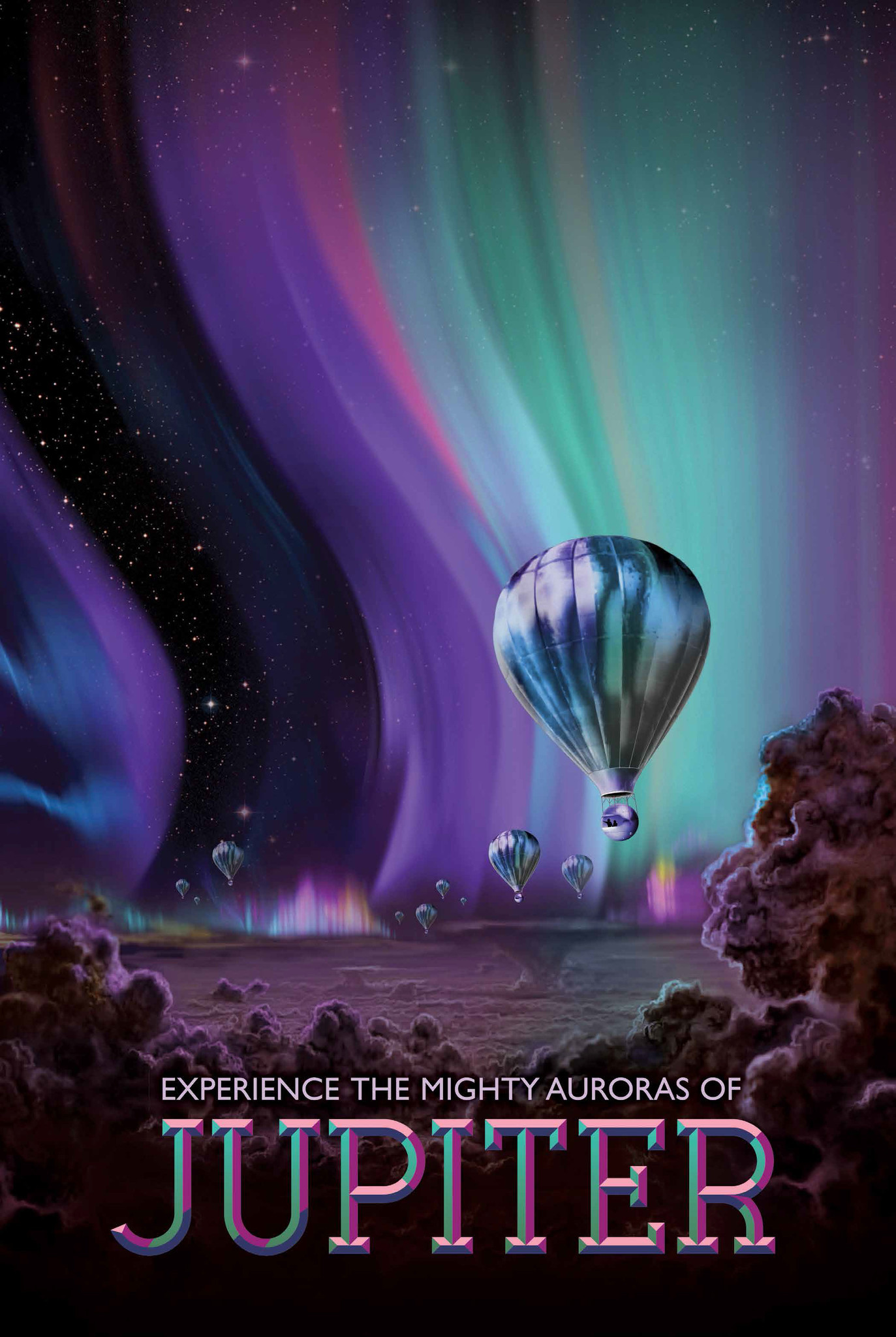 Jupiter's auroras create the best light show in the solar system, with northern and southern lights that are hundreds of times more powerful than the ones seen on Earth. 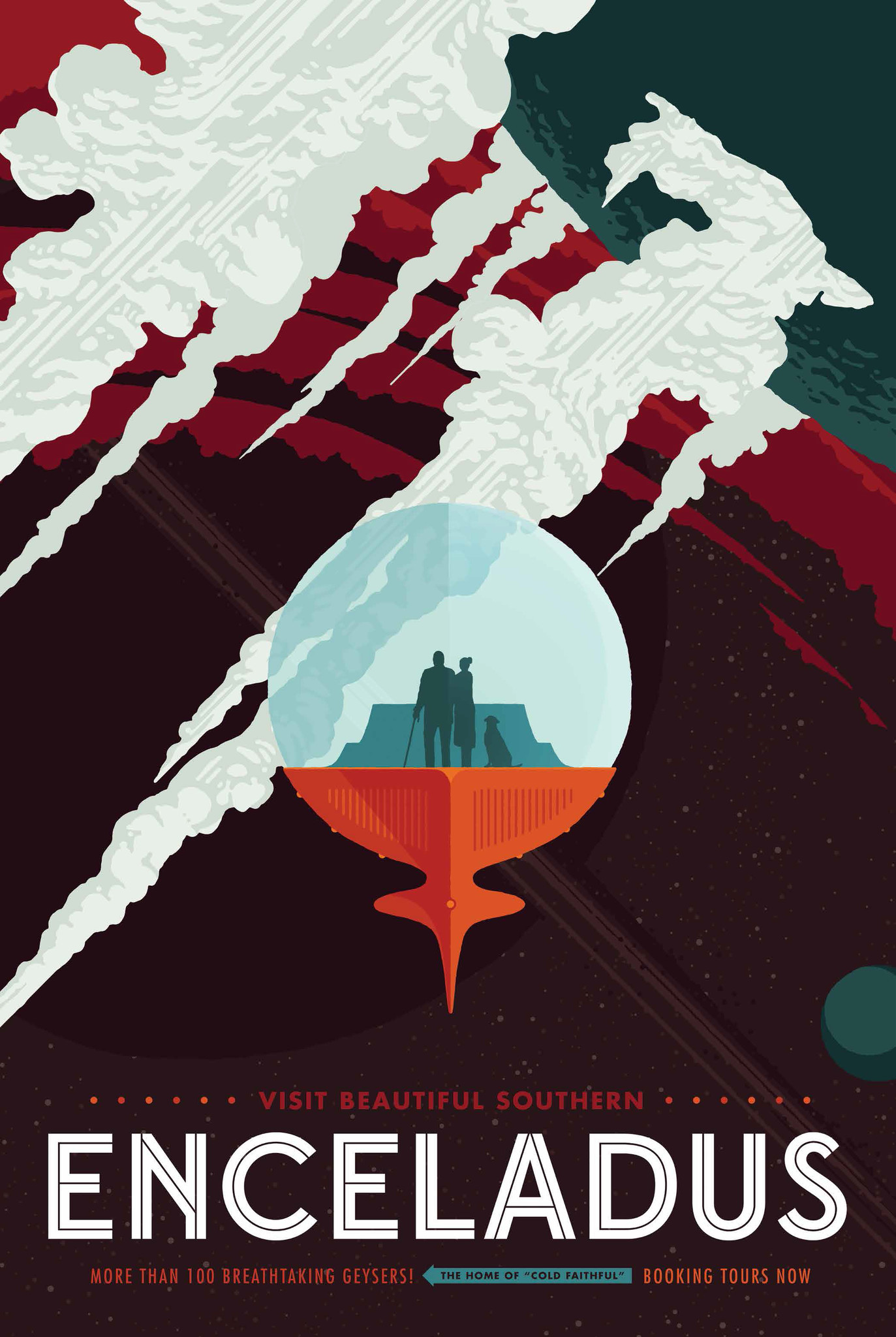 Enceladus, Saturn's tiny moon, helped create the planet's E-ring with its icy jets. Cassini missions also found evidence of a global ocean and the first signs of hydrothermal activity on another world, putting the moon toward the top of the list of places that might support life beyond Earth. 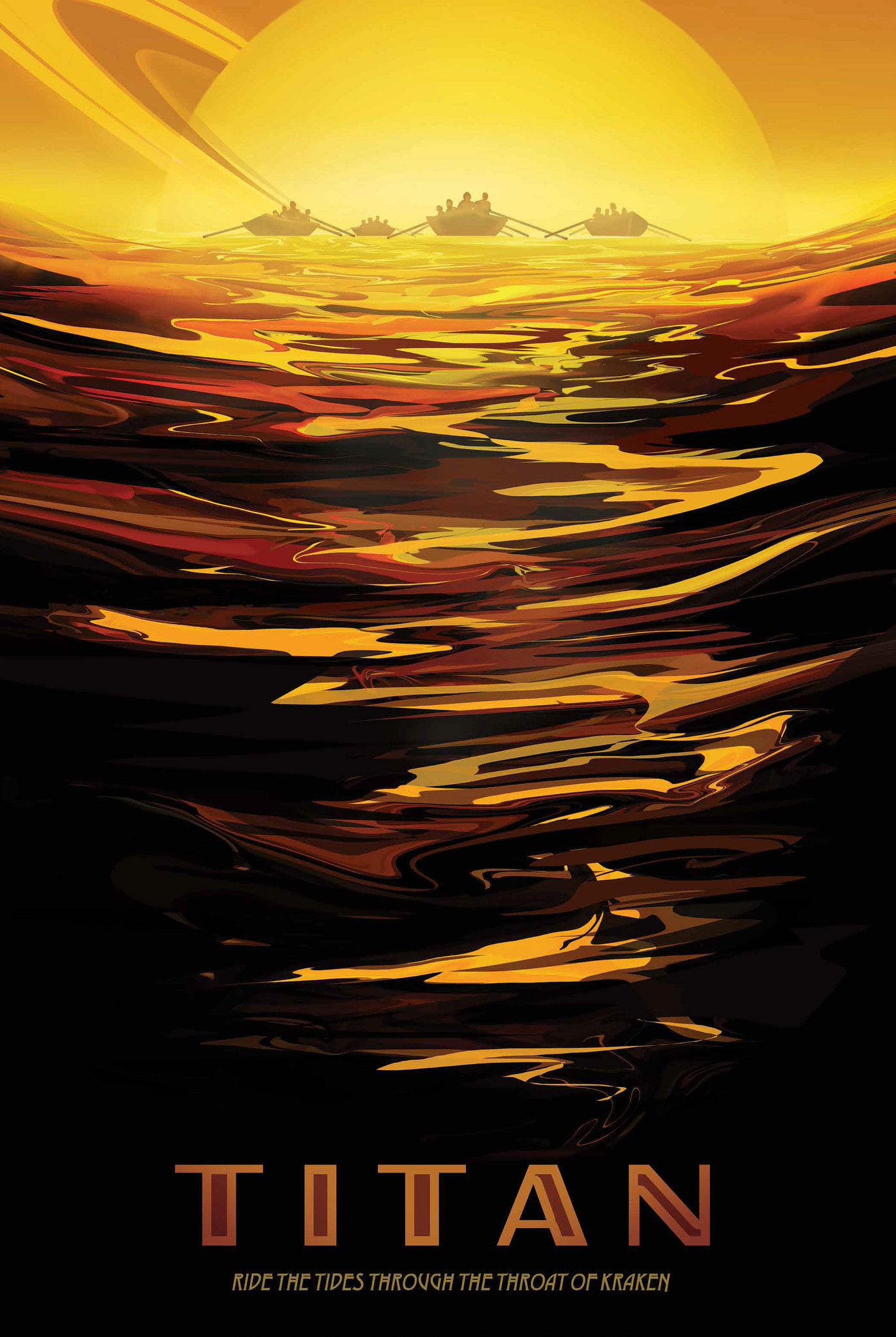 Saturn's largest moon is one of the most planet-like in the solar system. Come for the views of liquid ethane and methane lakes, and stay for the (possible) cryo-volcanoes of cold liquid water. 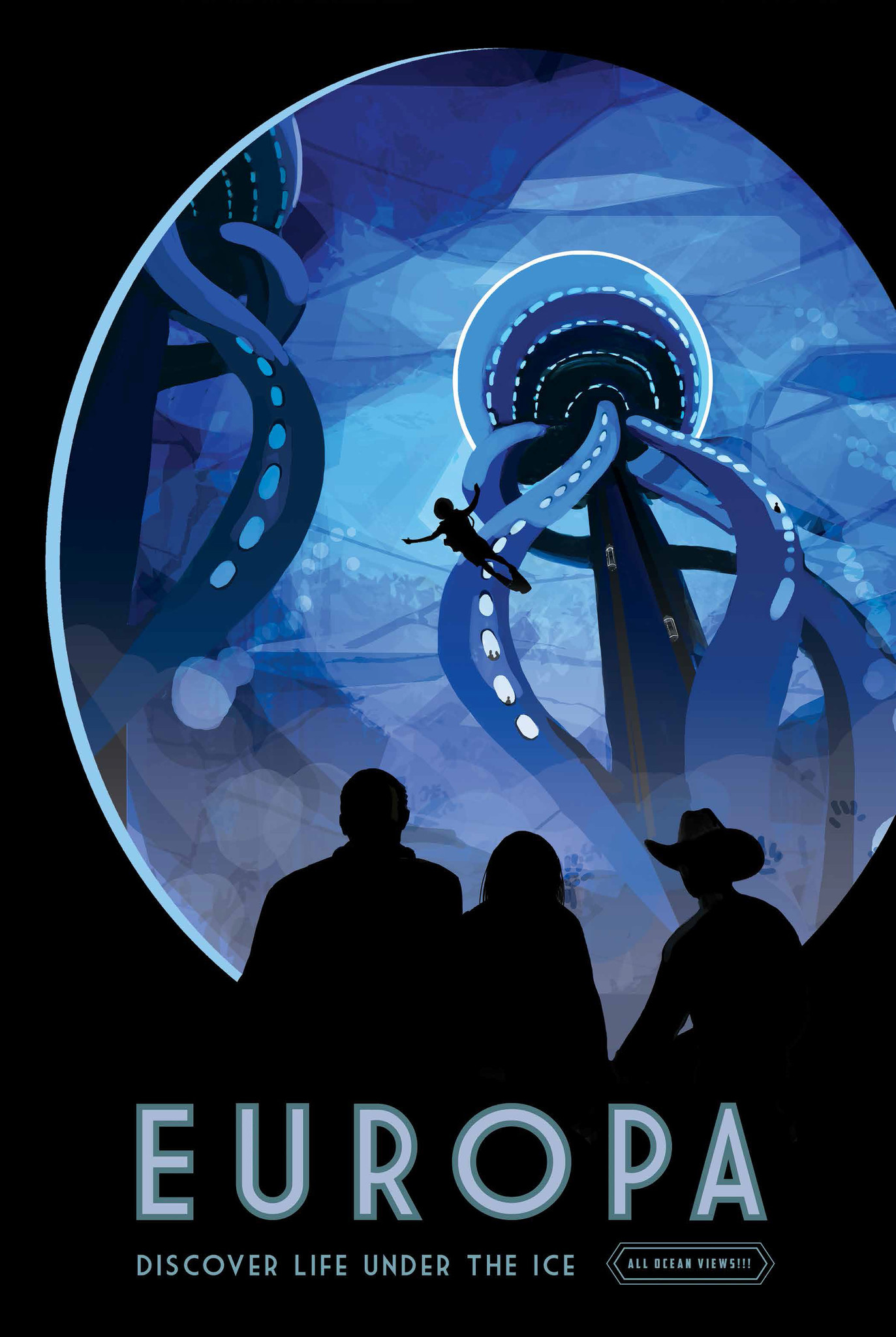 Dive underneath Europa's icy surface and into its ocean of salty liquid water. Who knows what might be living down there? A NASA mission to the Jupiter moon could find out in the 2020s. 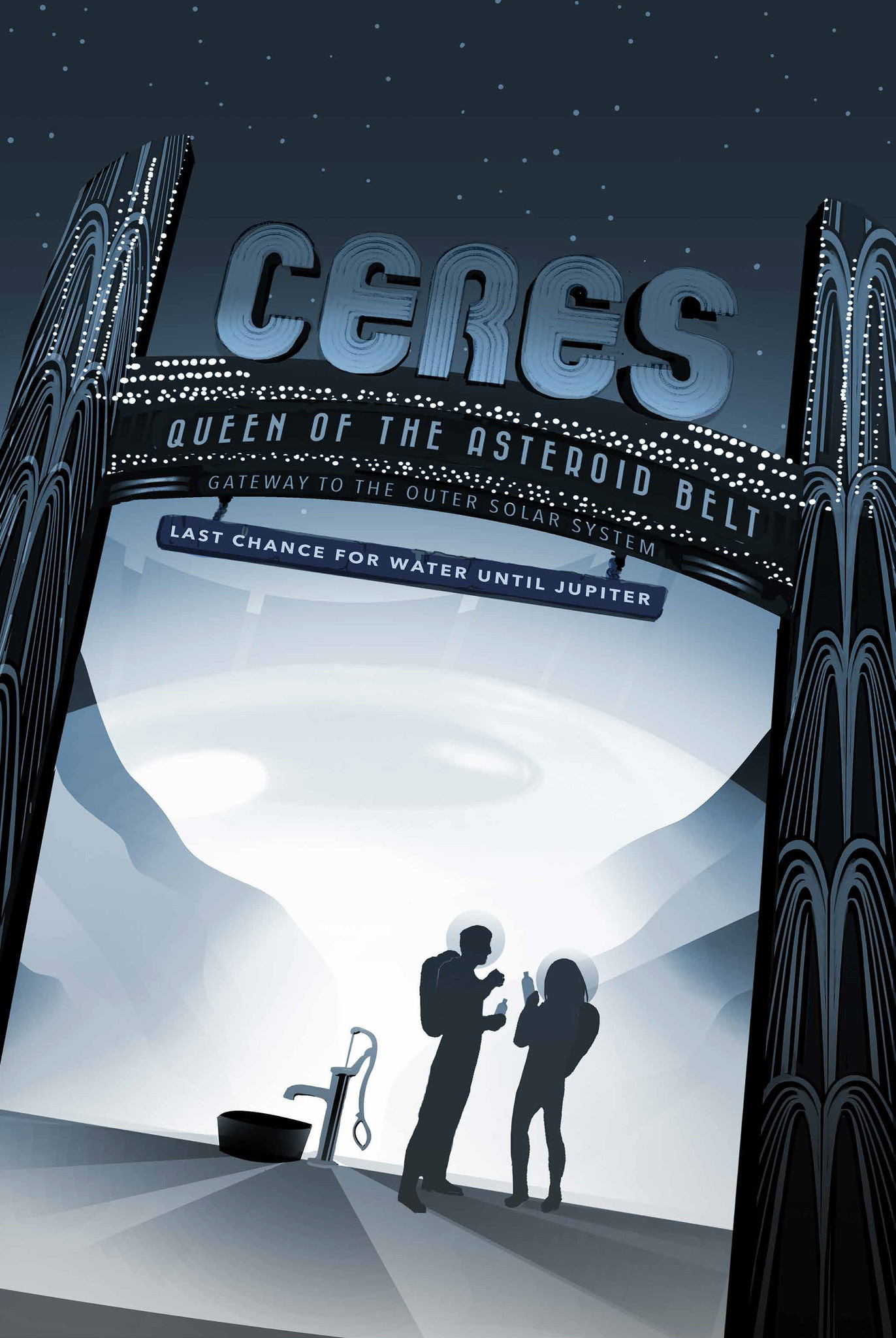 Ceres is the largest object in the asteroid belt between Mars and Jupiter. With an equatorial diameter of 600 miles, it's the closest dwarf planet to the sun. 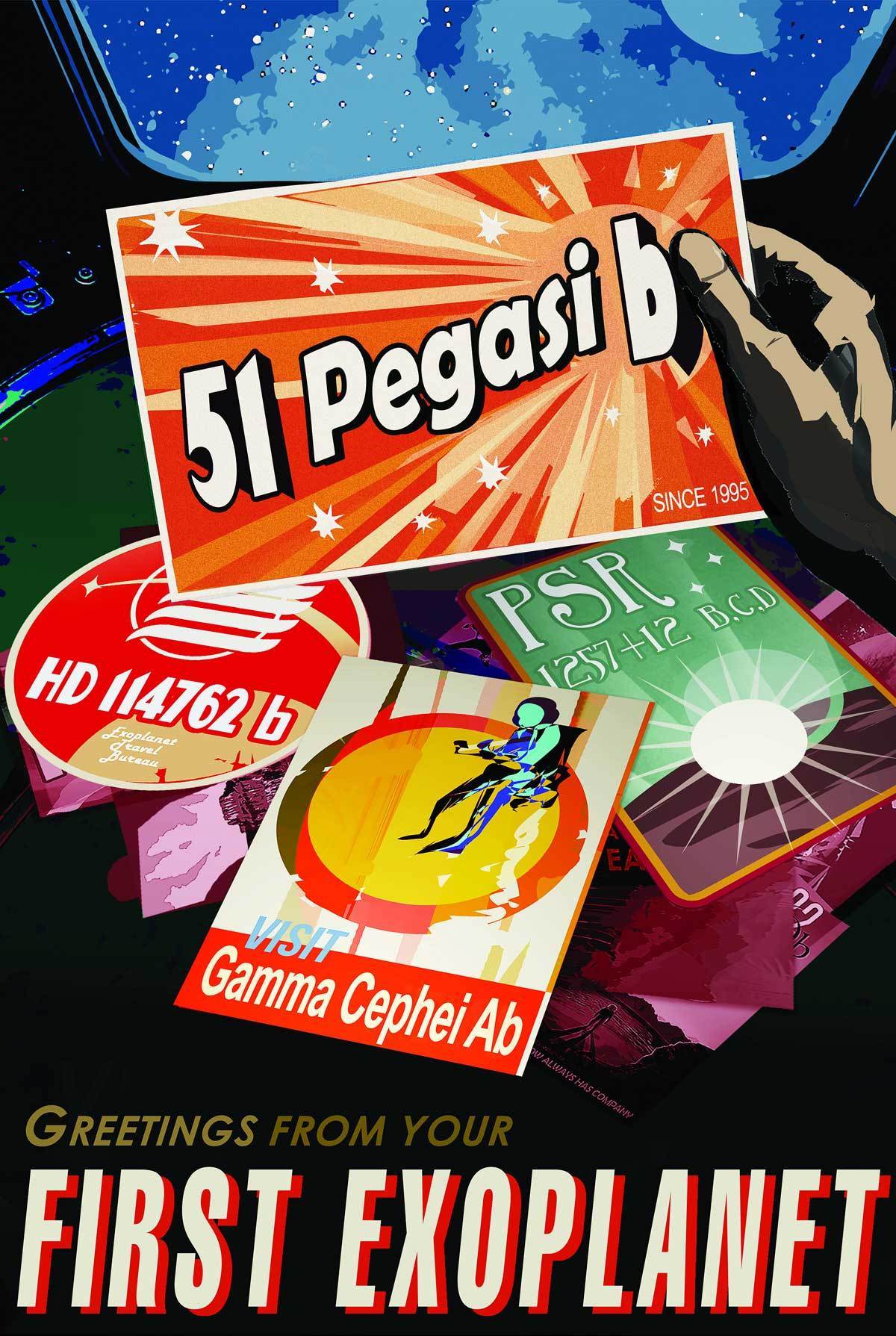 If you're looking for an extended getaway, consider 51 Pegasi b — a journey of about 50 light-years. Just 4.2 Earth days constitutes a year on the exoplanet. 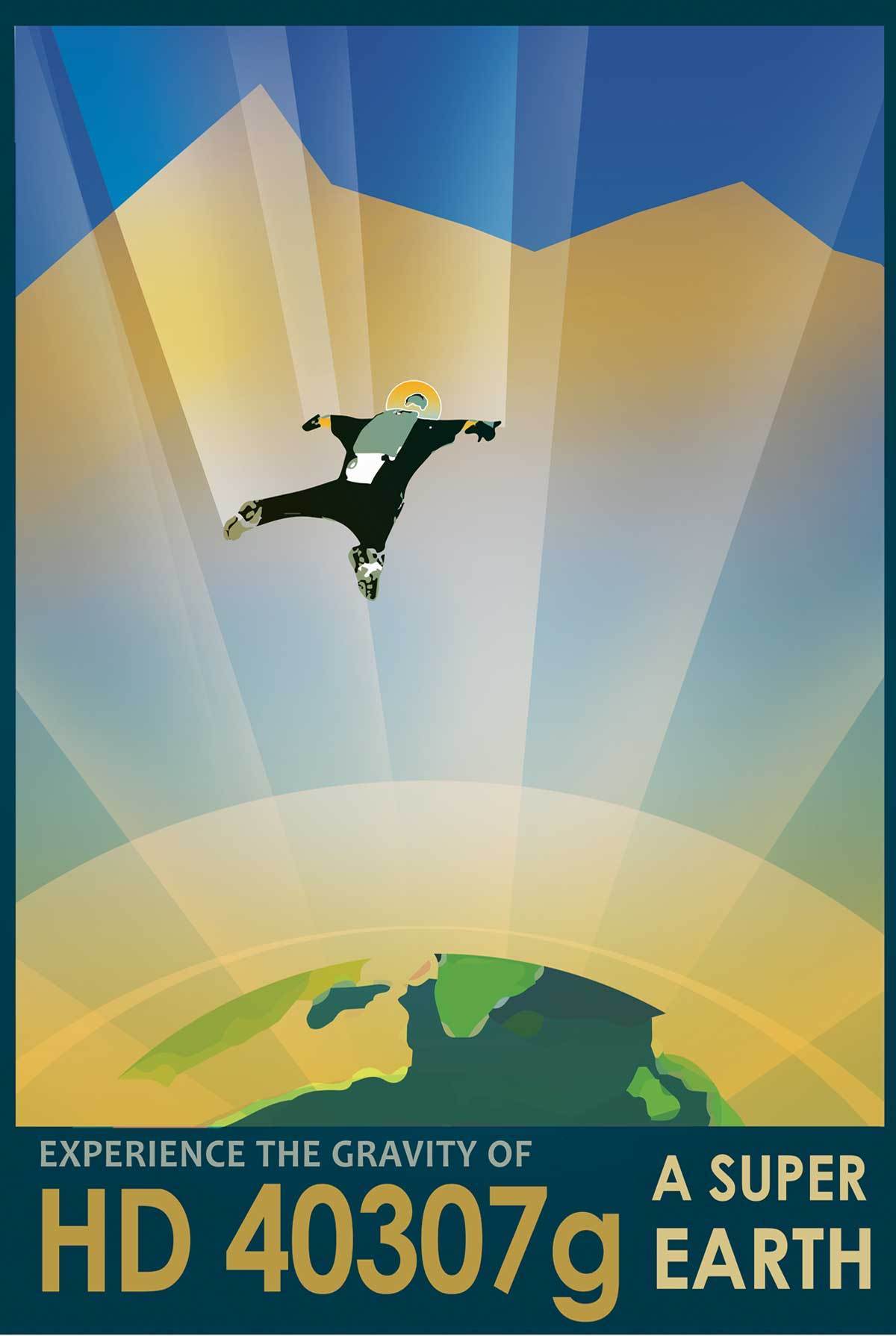 For thrill-seekers: Exoplanet HD 40307g has eight times the gravitational pull of Earth. Scientists aren't sure whether to classify it as a "super-Earth" or "mini-Neptune," as they aren't sure if it has a rocky surface or one buried beneath gas and ice. 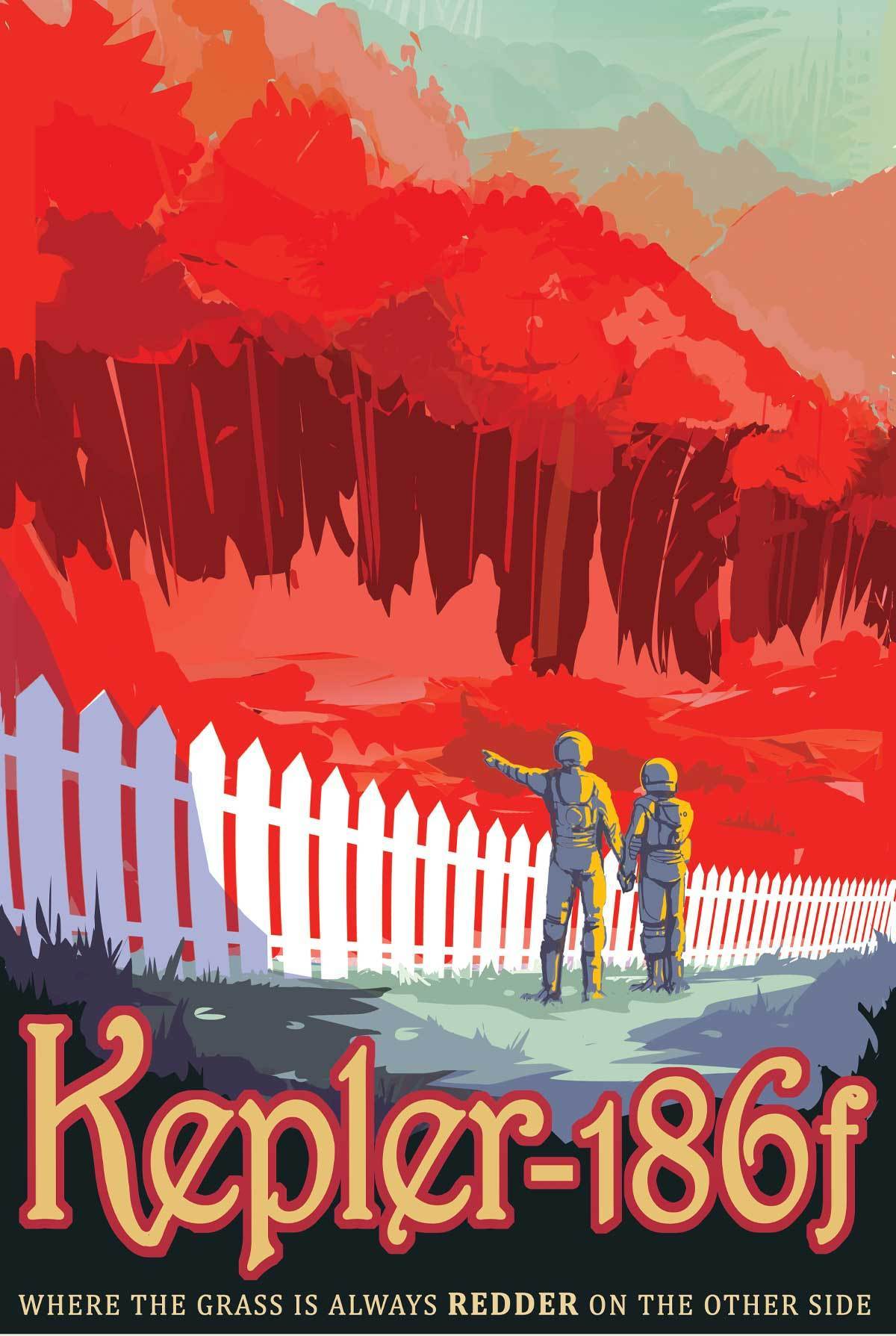 Kepler-186f could be quite Earthlike: It's the right size and it orbits within the habitable zone of its star. But the star is much cooler and redder than our sun, meaning Kepler-186f's plant life would boast a color palette very different from the green on Earth. 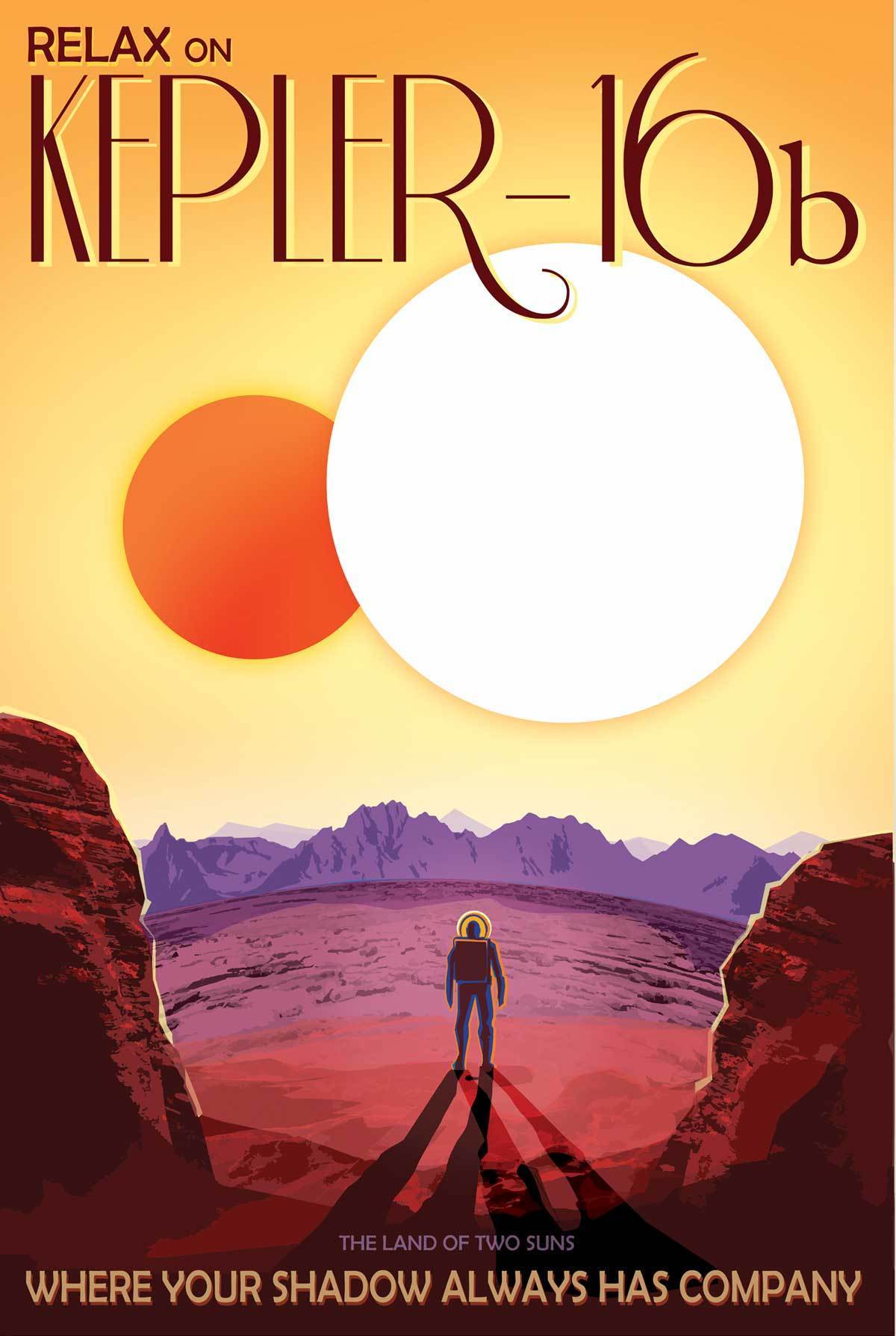 You could be like Luke Skywalker on Kepler-16b, which orbits two stars, just like the planet Tatooine in the "Star Wars" films. Travelers beware: The exoplanet could also be a gas giant like Saturn instead of having the rocky surface seen here. 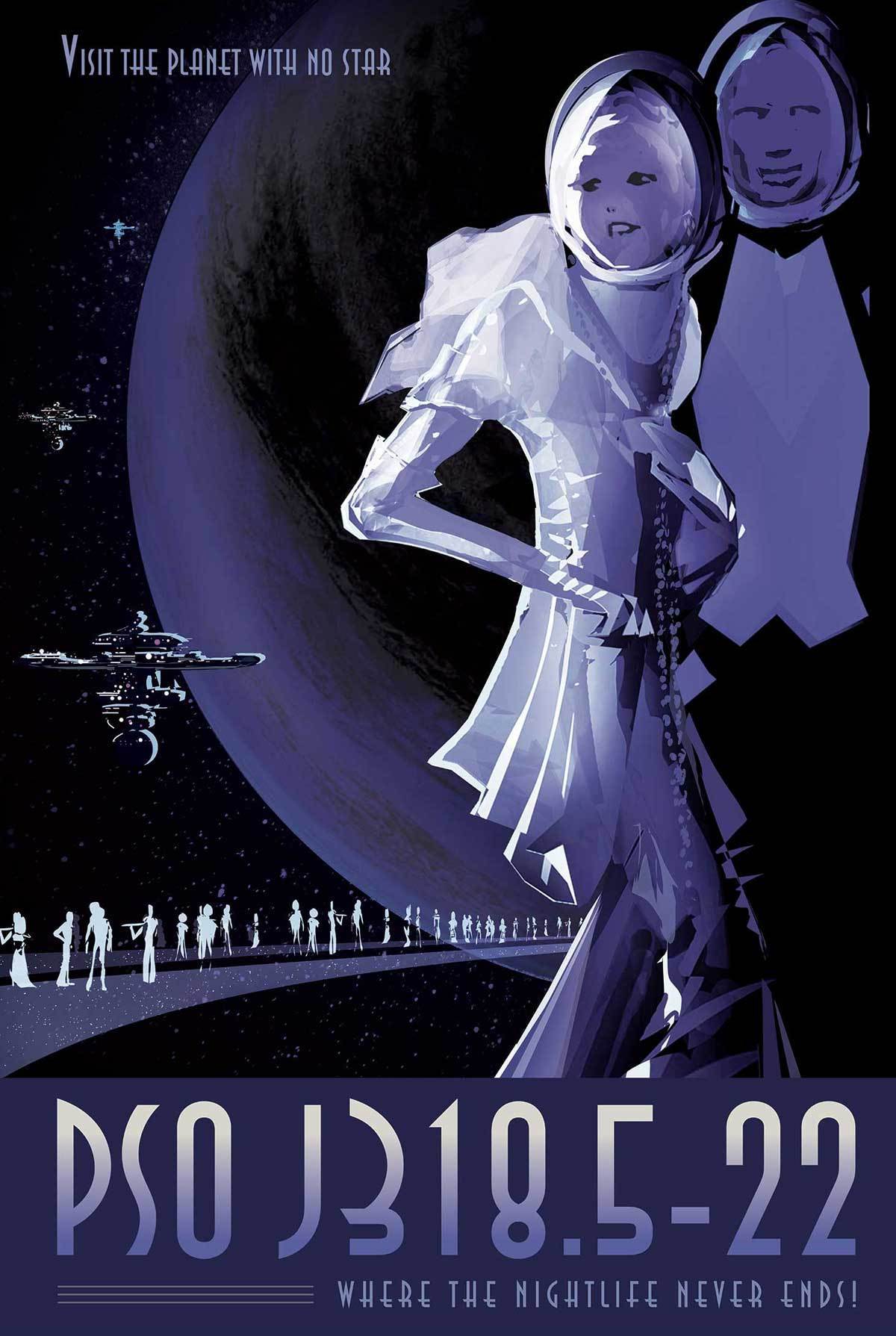 The rogue planet PSO J318.5-22 wanders alone in the galaxy, free from the orbit of a parent star. So it's always night and the party never ends.

Which interplanetary destination would you visit? Tell me on Twitter @seangreene89

Are we getting closer to understanding where the moon actually came from?

'We can hear the universe': Scientists detect gravitational waves, predicted by Einstein

Sean Greene is a graphics and data journalist covering science, the environment and medicine at the Los Angeles Times.