TJ Dawoud’s eye for plotting slopestyle courses at Mammoth Mountain gets put to the test in qualifying events for Sochi Winter Olympics.

TJ Dawoud's eye for plotting slopestyle courses at Mammoth Mountain gets put to the test in qualifying events for Sochi Winter Olympics. 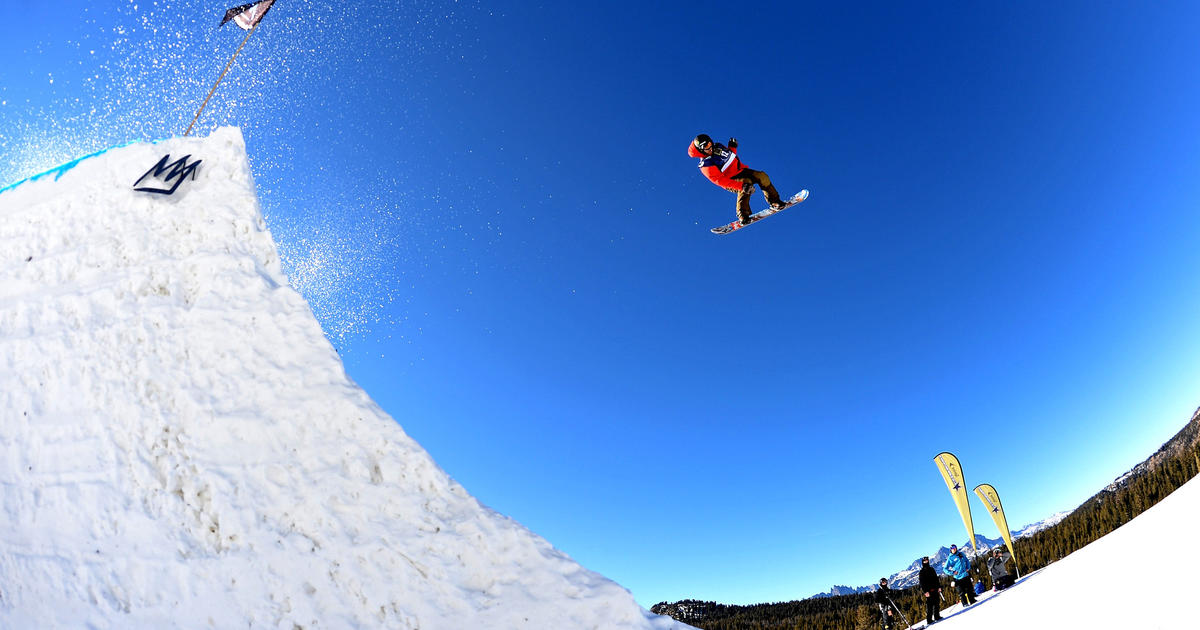 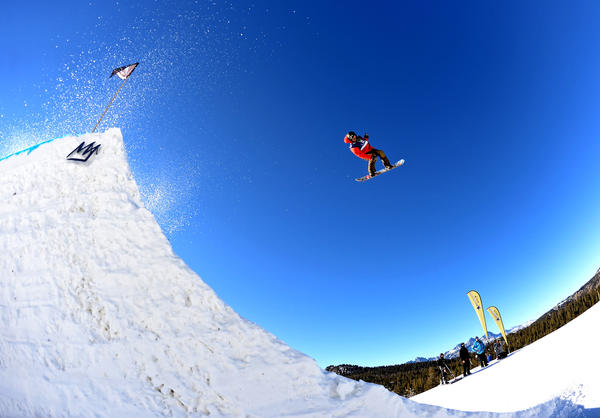 TJ Dawoud's eye for plotting slopestyle courses at Mammoth Mountain gets put to the test in qualifying events for Sochi Winter Olympics.

The snowcat lurches up a steep incline, all 9 tons of diesel machinery bucking and jolting under the strain.

TJ Dawoud has put in a string of long shifts, working from early morning past midnight. His wife would like him home for dinner in a half-hour but there is much to be done.

Well after the sun has slipped behind the Eastern Sierras, Dawoud fusses over a massive snowboard jump that rises more than two stories high, smoothing the surface with a bulldozer-like blade. Then he backs away and shines a spotlight.

The beam illuminates a slight hollow in the otherwise even slope, an imperfection that Dawoud, with all his experience, quickly notices.

The 30-year-old with curly black hair and a goatee designs terrain parks at Mammoth Mountain ski resort. His job seems almost like playing in a giant sandbox as he piles snow into endless shapes so snowboarders and free skiers can do their jumps and tricks.

The halfpipe must be exact, a 575-foot-long chute where riders launch themselves off the high sidewalls, spinning into the air. The slopestyle course he is working on can be more impromptu, a long downhill run filled with metal rails for hopping onto and sliding along, followed by big jumps.

U.S. Snowboarding officials chose Mammoth for their final pre-Olympic test last week, holding a series of competitions to determine the halfpipe and slopestyle teams for the 2014 Sochi Winter Games. In the days beforehand, Dawoud fretted over every detail.

Gauges and green-lighted buttons cast a glow over his tractor's cockpit. A joystick to his right lowered the blade, another to his left drove the tracks. Dawoud maneuvered the cat as if playing a video game, his fingers flicking at the controls, his feet propped on the dashboard.

Spreading extra snow over the offending low spot, he steered back and forth in abrupt motions, trying to get the surface just right. Dinner would have to wait. 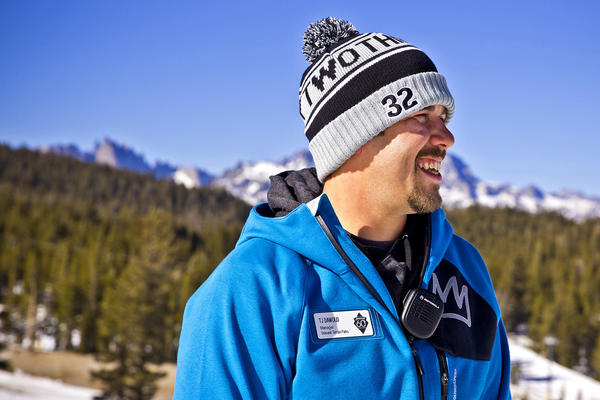 Television cameras cannot do justice to a world-class halfpipe. They cannot capture the enormity of the 22-foot-high walls, icy and fast, shimmering in the midday sun.

Building such a beast at Mammoth proved difficult in this warm, dry winter. Day after day, the mountain resort ran snow-making machines on a nearby slope, then pushed the man-made stuff into mounds at the terrain park.

Dawoud spoke with U.S. Olympic officials about what the snowboarders needed to prepare for the Games in February. He studied diagrams of the halfpipe and slopestyle venues in Sochi to build comparable features.

"I've been doing this a long time," he said. "But I'm always a little anxious before the first practice runs … there are always butterflies."

Many of the top halfpipe riders arrived three days early, eager to see what he had created.

Their two-hour session became a parade of jumps and spins with top names such as Greg Bretz and two-time Olympic medalist Kelly Clark performing to music that pounded over a sound system. Dawoud skittered along the periphery on a bright green snowmobile, watching to see if the riders were getting enough speed and height on their tricks.

"Some of those guys are boosting," he said. "It's all smiles."

Joining the athletes up top, Dawoud fit right in with his black jeans, blue flannel shirt and a pair of blue-mirrored sunglasses. Olympic silver medalist Gretchen Bleiler gave him a thumbs-up.

But not all was perfect. The competitors wanted the top of the left wall to be more vertical and Dawoud could see the floor of the pipe needed more curve.

After everyone left, his crew used a Zaugg — a tractor with a massive, curved blade — to hone the pipe's shape. Others shoveled and tamped a new bottom.

Down in the cafeteria, Olympic snowboarders Louie Vito and Scotty Lago could see the work from a table where they ate lunch.

"That's a lot of long hours those guys are putting in," Vito said. "We thought it was going to be a slush-fest but they're putting together a sick pipe."

Mammoth has a long history of attracting top snowboarders. Some of them, such as Clark, have chosen to live there.

Perched above the Owens Valley, the resort ranks among a handful of North American spots that devote considerable time and money to building terrain parks.

"Mammoth was one of the originals," said Lago, a bronze medalist at the 2010 Olympics. "Of course, they've also got the sunny weather."

Growing up as an avid snowboarder on the East Coast, Dawoud would see photographs of the resort in magazines and think, "Oh man, if I could live there it would be a dream."

After trying college for a semester, he took a job at Mount Snow in Vermont and learned to drive a cat. His boss soon taught him the nuances of building terrain features.

If the Eskimos have a surfeit of descriptions for snow, course designers aren't far behind, always talking about consistency, weight and texture. Sometimes the stuff is wet and easy to form, other times it is dry and runs all over the place.

The courses run thousands of feet long with an array of features meant to encourage a sequence of daring tricks. On the big jumps at the end, riders fly off a steep ramp and sail over the top — or knuckle — of a second hill, landing on a downslope on the other side.

The designer must often work by feel and personal aesthetic.

"It's a lot like sculpture," Dawoud said. "Either you have the eye or you don't."

In the spring of 2004, after several years at Mount Snow, he got in his Jeep and drove across the country to Mammoth. The resort hired him, but only after he hung around for two months.

Dawoud moved up the chain from driving cats to building features. He married a co-worker named Molly and last summer was promoted to department head. 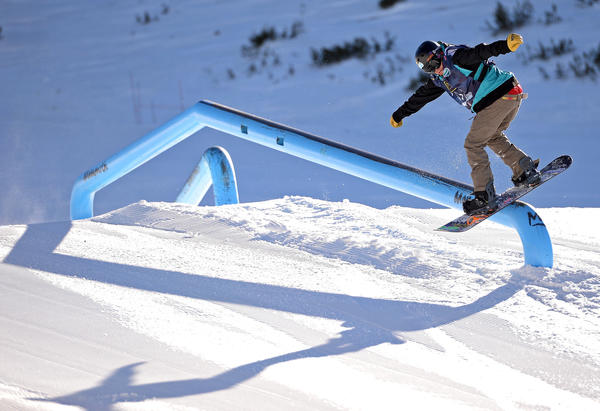 The slopestyle riders arrived around noon the next day and gathered at the top of the course.

Chas Guldemond started downhill, hopping onto a blue metal rail and skidding sideways before spinning off. Next came another rail and another. At the bottom, he vaulted off the three consecutive jumps, performing big-air maneuvers each time.

Dawoud sat in his office at the main lodge, back after a short night of sleep. He watched the riders out the window, then drove his snowmobile up the hill for a closer look.

The emerging sport of slopestyle is making its debut in Sochi and with only a few spots available on the U.S. team, the athletes had much at stake.

"They can be picky," Dawoud said. "I understand."

Much like the day before, he wanted to see how much amplitude they were getting on their jumps.

It did not take long for bad news to crackle over a walkie-talkie he kept in his back pocket. Some of the riders were complaining about the final jump, the one he had spent so much time honing the night before.

With head winds rushing up the hill, they found it too hard to fly over the knuckle.

Dawoud zipped to the start where the competitors waited their turns. He chatted with two of them — Guldemond and Sage Kotsenburg — whose opinions he respects.

"Has anyone hit the knuckle?" he asked.

Kotsenburg told him: "Yeah, it was really hard to clear earlier."

The forecast called for lighter winds later in the week, so Dawoud wondered if they should wait and see. Guldemond dropped to his knees, using a gloved finger to draw a rough diagram in the snow, showing how the jump might be altered.

They soon reached a compromise.

With the Olympic qualifier less than 48 hours away, Dawoud agreed to move the landing hill 2 feet closer to the ramp. He would also steepen a stretch of snow at the third rail.

It promised to be another long night in the cat.

The boy whose film is called 'human time-lapse photography' 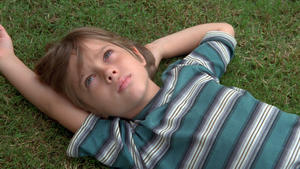 No matter how close I get to people, no one really understands what it's like to grow up like this.”

YouTube is a lifeline for transgender teens, young adults 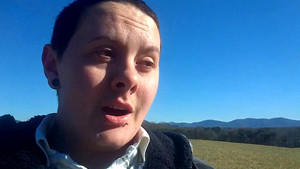 If there was no Internet, I probably wouldn't be where I'm at right now.”” 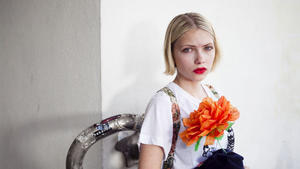