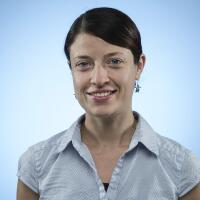 Former Los Angeles Times staff writer Abby Sewell previously covered Los Angeles County government. She started her journalism career at community newspapers in Molalla, Ore., and Barstow before attending graduate school at Northwestern University’s Medill School of Journalism. She joined the Los Angeles Times in 2010 and left in 2016. Sewell was part of the team that covered municipal corruption in Bell and the cities of southeast Los Angeles County, leading to the Times’ Pulitzer Prize for public service in 2011. She also contributed to coverage of the Isla Vista shootings, a finalist for a Pulitzer in 2015 in the breaking news category.