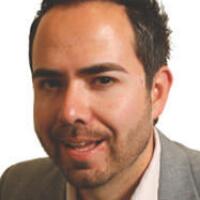 David Carrillo Peñaloza learned to read because of the newspaper. At breakfast, it was his job to translate stories to his parents, who were unable to read in English. He now helps tell stories as a multiplatform editor for the Los Angeles Times. His work has appeared in the Chicago Tribune, New York Times and Washington Post.