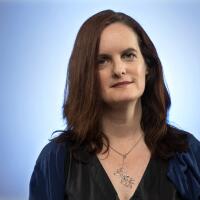 Joy Press is the former books and culture editor of the Los Angeles Times. She joined the paper in 2010 as pop culture and deputy television editor, following her tenure as culture editor at Salon. A New York City native, she began her career as a rock critic before moving on to become the literary editor, book and TV critic and then arts editor of the Village Voice. She left The Times in 2015.