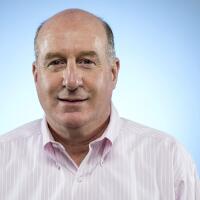 Larry Gordon was a higher education writer for the Los Angeles Times and covered issues affecting colleges and universities in California and around the nation. He has been an assistant city editor and an urban affairs writer at The Times. He previously worked at the Bergen Record and Hudson Dispatch in his native New Jersey. He won a mid-career Fulbright grant to teach journalism in Bulgaria. Gordon has a bachelor’s from Georgetown University and a master’s in journalism from Columbia University. He left The Times in 2015.