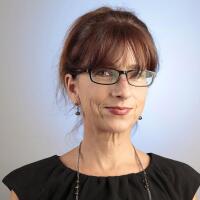 Lisa Mascaro previously covered Congress in Washington, D.C., for the Los Angeles Times. She left in February 2018. A Los Angeles-area native, she has reported across Southern California, edited, traveled the States and worked in Texas. While the Washington correspondent for the Las Vegas Sun, she contributed as the paper won the Pulitzer Prize for Public Service. An economics and political science graduate of UC Santa Barbara, she also studied in Budapest, Hungary.