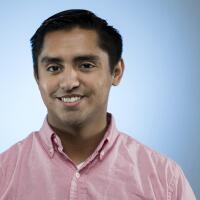 Salvador Rodriguez is a former lead reporter on the Tech Now blog and was the tech gadget reviewer for The Times until September 2014. Rodriguez was born in Mexico, raised in Texas and earned his journalism degrees from Arizona State University. He interned for the New York Times, Arizona Republic, Houston Chronicle and others.