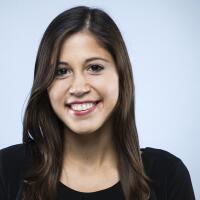 Taylor Goldenstein is a former reporter with the Los Angeles Times Data Desk. She has previously written for the Chicago Tribune, Tampa Bay Times and the Arizona Republic, among other publications. In early 2014, she was a visiting fellow at the Nieman Foundation for Journalism at Harvard. Originally from a suburb of Chicago and a graduate of the University of Illinois Urbana-Champaign, she now looks forward to checking weather apps. She left The Times in 2016.