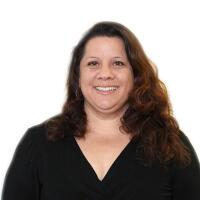 Alicia Lopez left Times Community News in 2015 after serving as city editor for the Coastline Pilot and Daily Pilot. She covered Southern California since 1993: Costa Mesa as a columnist and freelancer; the Inland Empire, Tustin, Costa Mesa and Newport Beach as a page designer; and Orange, Hemet, San Jacinto and Tustin as a reporter and photographer. She cut her teeth at the Daily Californian at UC Berkeley, where she earned her bachelor’s degree.