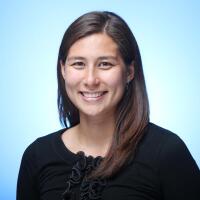 Caitlin Yoshiko Kandil left Times Community News in 2017. She is a graduate of Northwestern University and Harvard Divinity School and a former U.S. Fulbright scholar to Sri Lanka. She has previously written for newspapers and magazines in Boston, Washington, DC, and Northern California. In 2011, she won a National Health Journalism Fellowship from the University of Southern California, and in 2014 was awarded an Emerging Journalist Fellowship by the Journalism and Women Symposium.