Iowa barns, even the quirky ‘cone-head,’ open their doors to you

There's a strong connection between the state of Iowa and its barns. The buildings vary widely in shape, color, style and size, but they all reveal the rich immigrant and farming history of the state.

Which is why every September about 100 barn owners across the state throw open their doors to welcome visitors to see their original and restored buildings for themselves.

Some barns have remained in the hands of the famiiies that built them, others have been passed on to new owners. Most have been lovingly restored, with help from the Iowa Barn Foundation, a nonprofit organization that provides fix-up grants to preserve these historic gems. 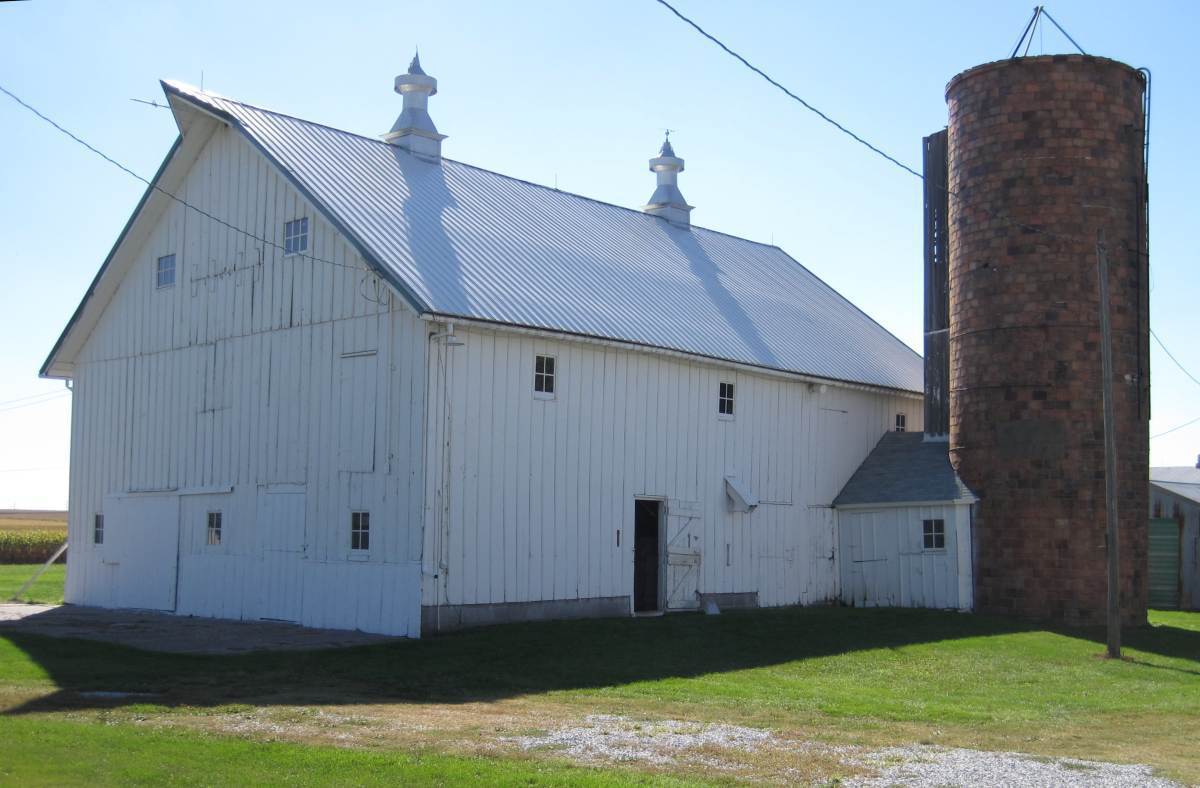 This handsome barn is located in the town of Stockton in southeast Iowa. It can house 10 teams of horses on the east side and 26 milk cows on the west side. The silo and sheds were built in 1917; the building was added in 1961. 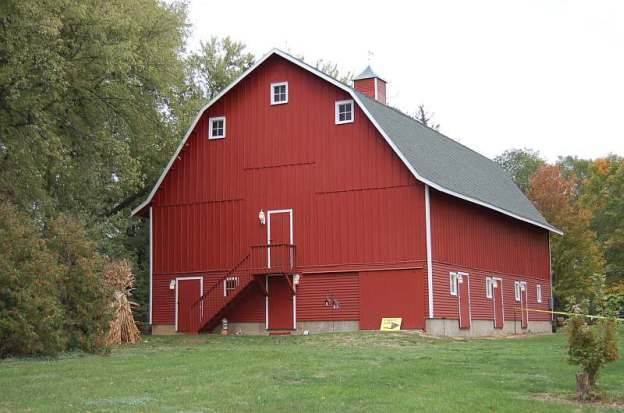 This barn is part of the Czech community in northeast Iowa. Composer Anton Dvorak spent at least one summer in the area and played the organ in the local church. This elegant large red barn that dates to the early 20th century was built by Czechs and has remained in the Gribble family for generations. The farm and the barn have been restored. 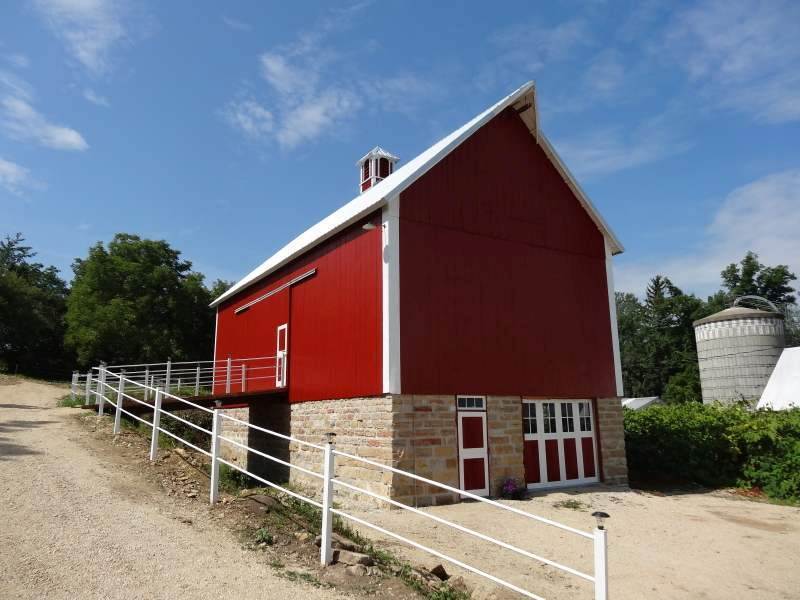 Jacob Jacobson arrived in Iowa from Norway in 1862, bought 80 acres of land for $500 and built the barn in Waukon at the turn of the 20th century using timber and rock from the farm. Grant Kolsrud, fifth-generation owner of the barn, used 150 gallons of paint when he recently restored the barn. 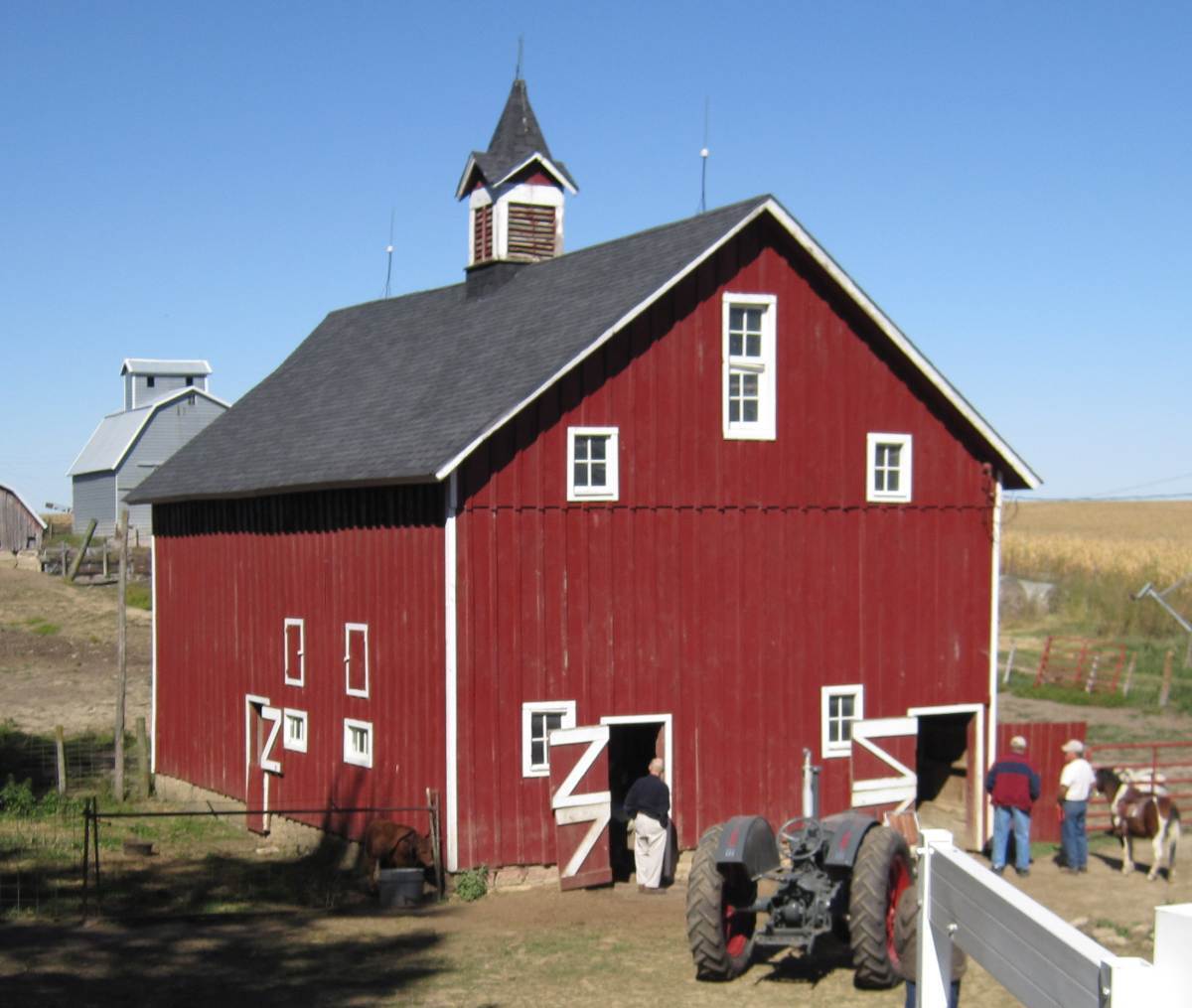 Lovely turn-of-the-20th-century barn in State Center includes a wooden track in the haymow, and the cupola still has the original bell. This barn has remained in the same family for four generations. 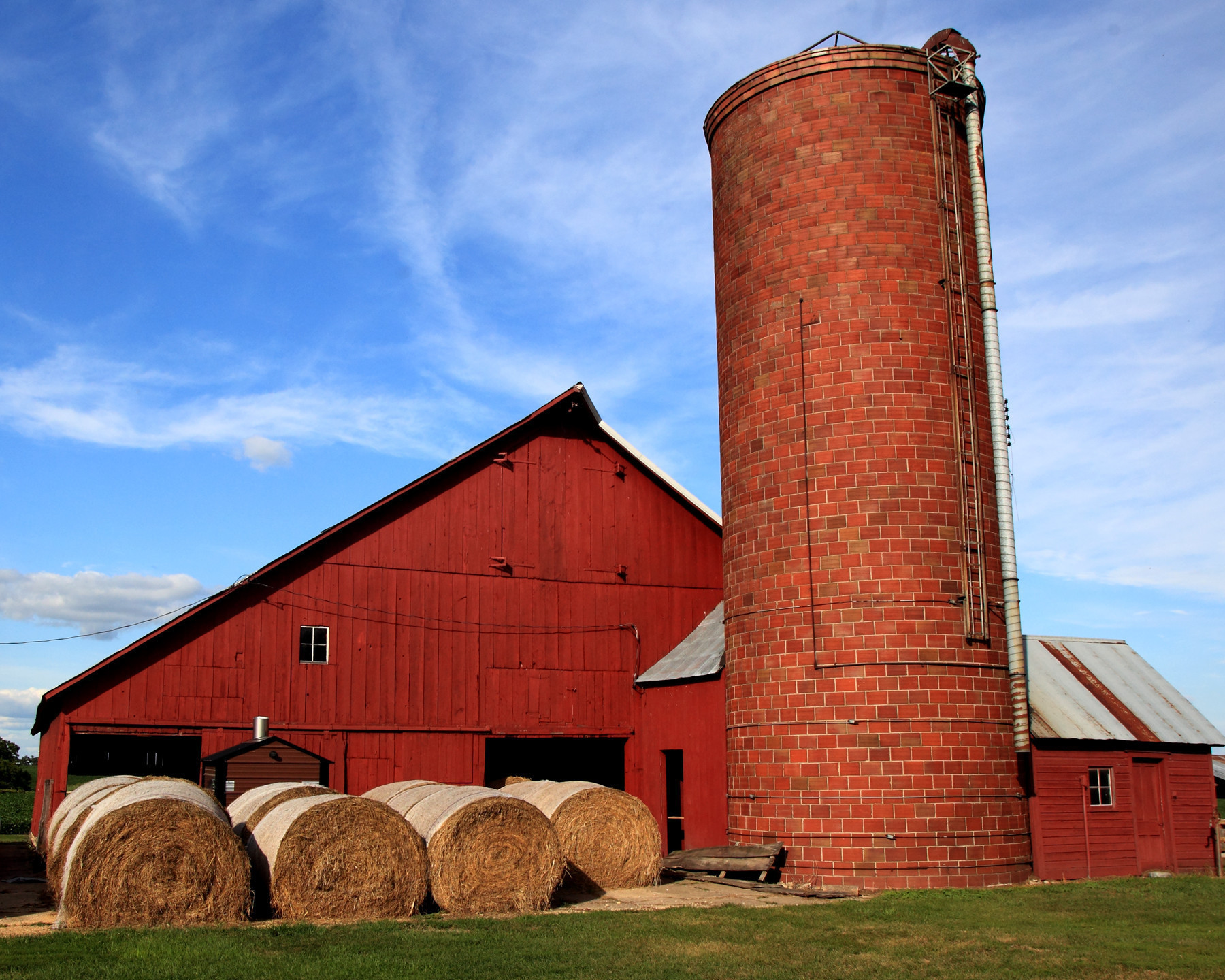 The barn in Maquoketa was built in 1885 by A.B. DeFries whose family settled in the area in the 1850s. The barn with post and beam pegged construction stands on the Doris and Jack Dyas Farm. 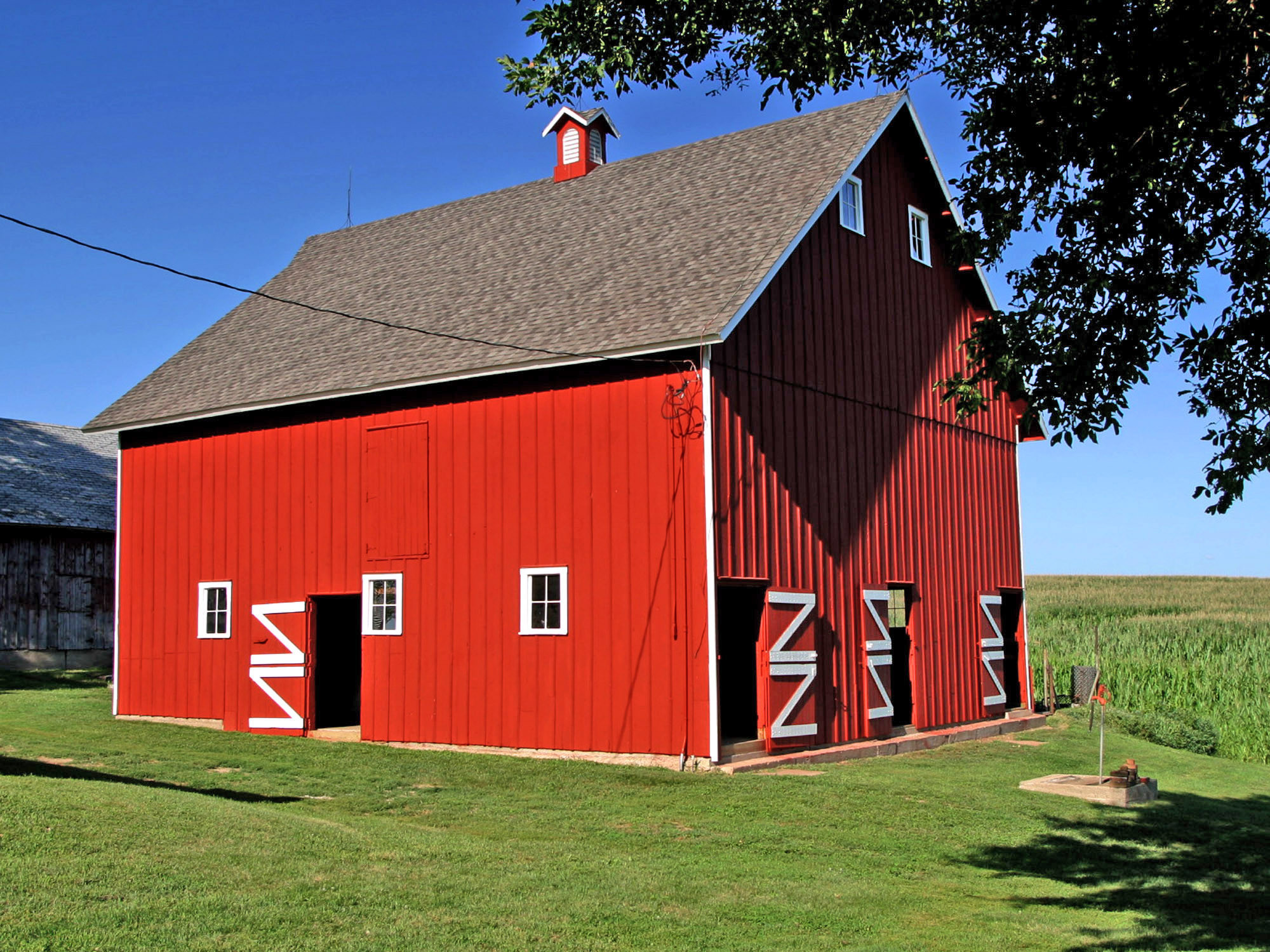 This barn in Holstein was built around 1900. It provided a home to Belgian draft horses raised by C.B. Conover and his son, C.B. Jr. Harry Linn, Iowa's onetime secretary of agriculture, used to give draft horse demonstrations here. 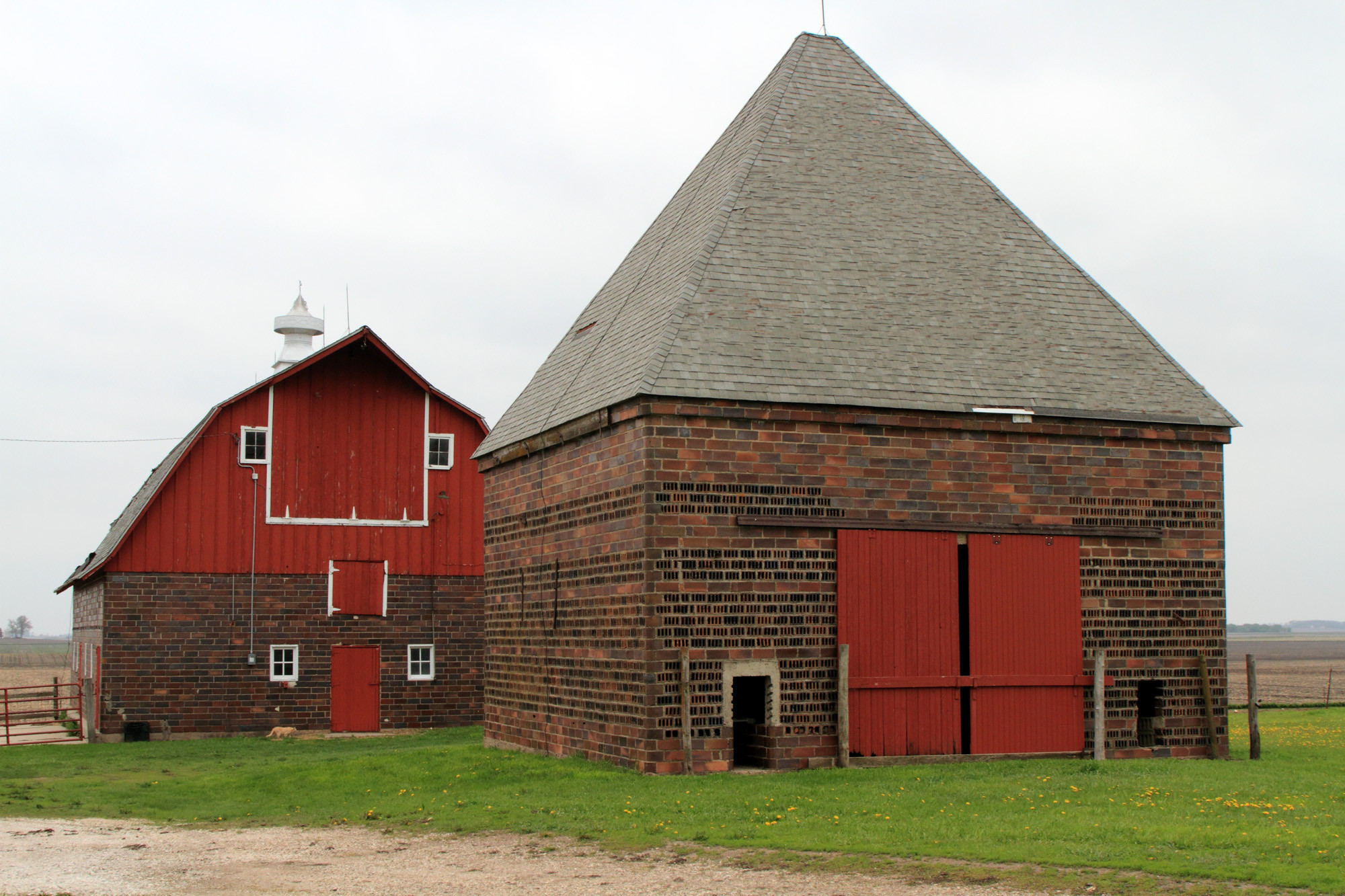 The most notable thing about the barn in Laurens is its conically shaped crib, which makes it a landmark. The "cone-head" crib was build in 1912. You can tour the barn, which has an elevator that still works too.