Late on April 14, 1865, John Wilkes Booth shot Abraham Lincoln as the president took in a play at Ford's Theatre in Washington, D.C. Early the next morning, Lincoln, who had steered the nation through the Civil War and toward the end of slavery, became the first U.S. president to die from an assassin's bullet. In this package of stories, Scott Martelle lays out the rich trail of Lincoln monuments that speaks to his enduring appeal, Debbie Abrams Kaplan takes us inside Ford's Theatre, and Jay Jones details the commemorative activities in Springfield, Ill., where the Great Emancipator was buried. 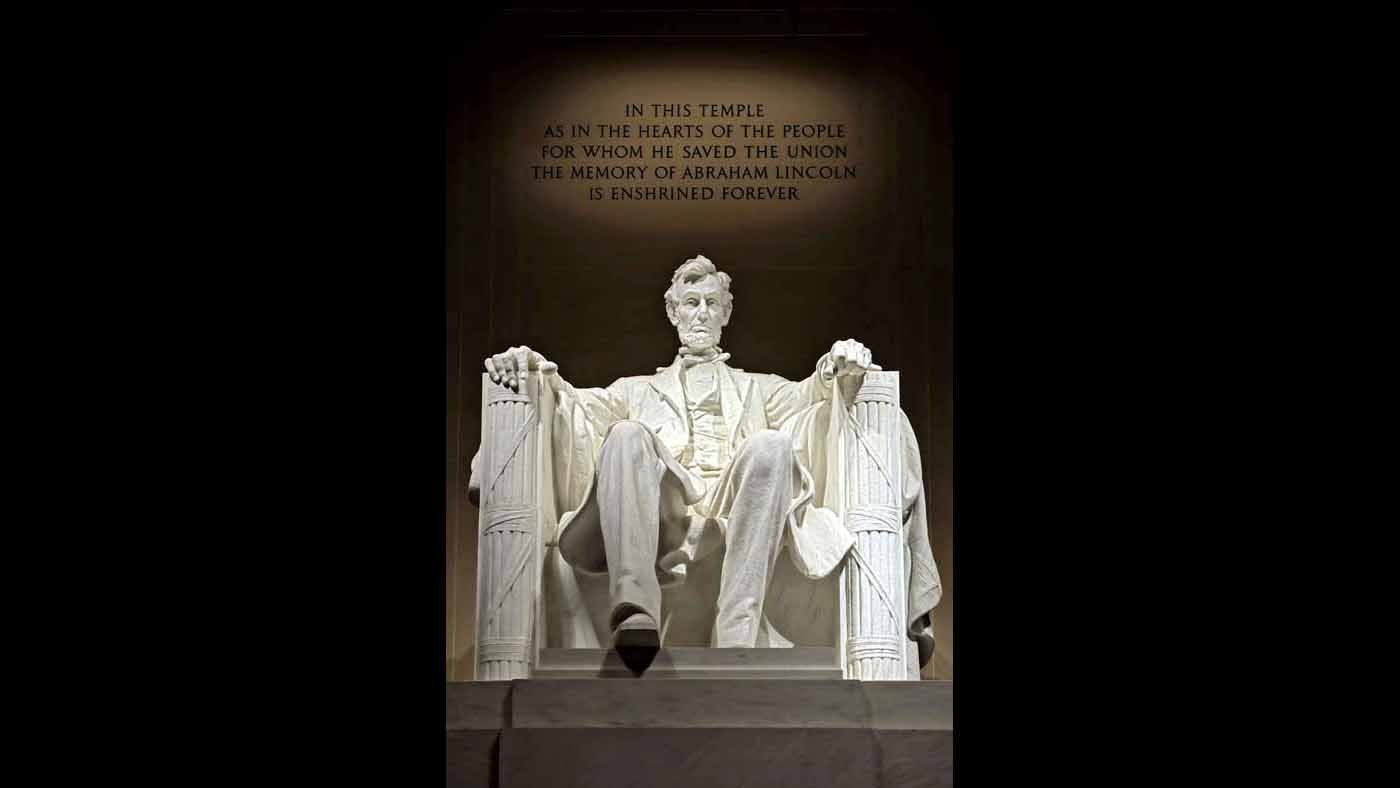 A vacation for Lincoln history buffs

There's nothing quite like wandering around the spot where a historic event occurred to help the imagination grasp how it all unfolded. Which is why Scott Martelle was standing on one side of the wraparound balcony in Washington, D.C.'s Ford's Theatre last year, gazing across to the presidential box where John Wilkes Booth shot Abraham Lincoln before leaping to the stage and freedom. 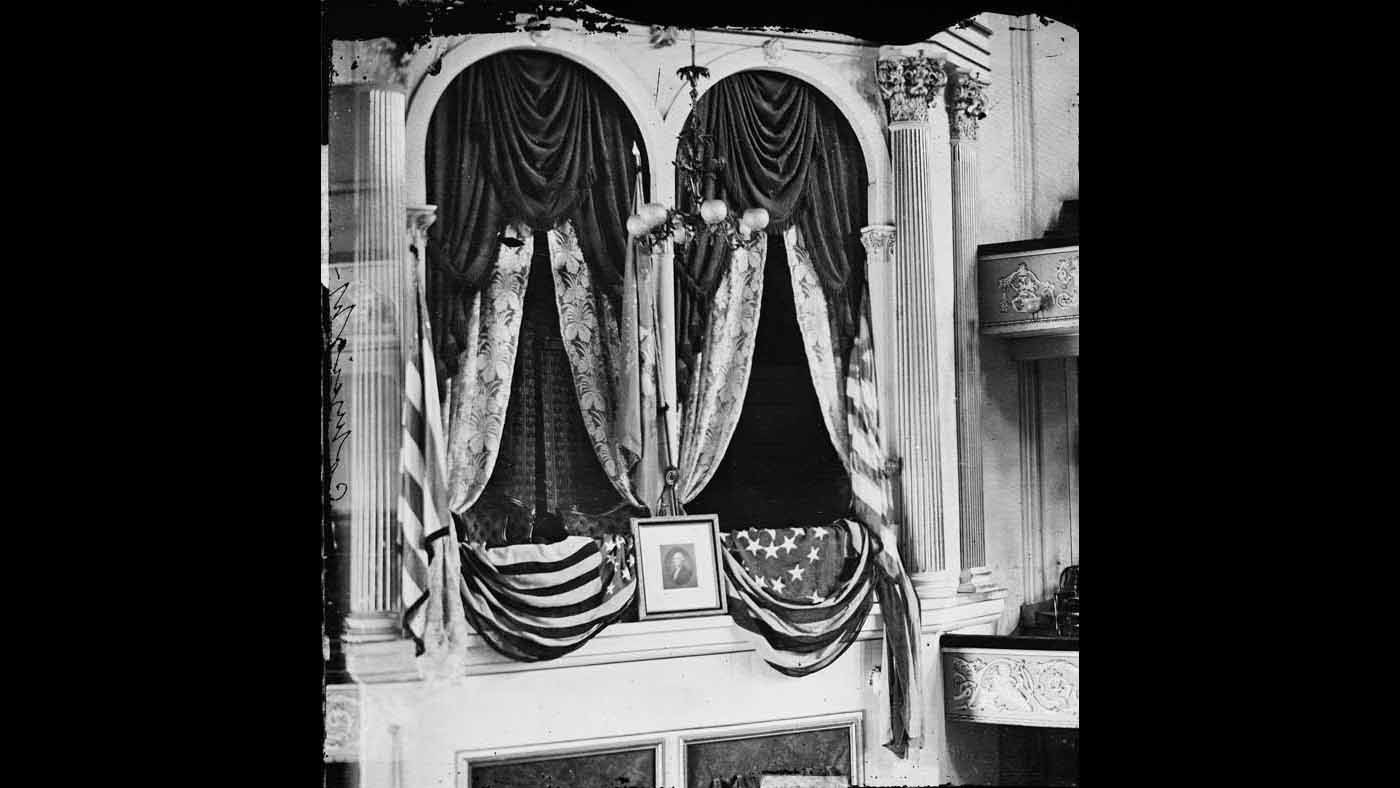 The historic site has been restored to look much the same as it did the night of the April 14, 1865 shooting by John Wilkes Booth. 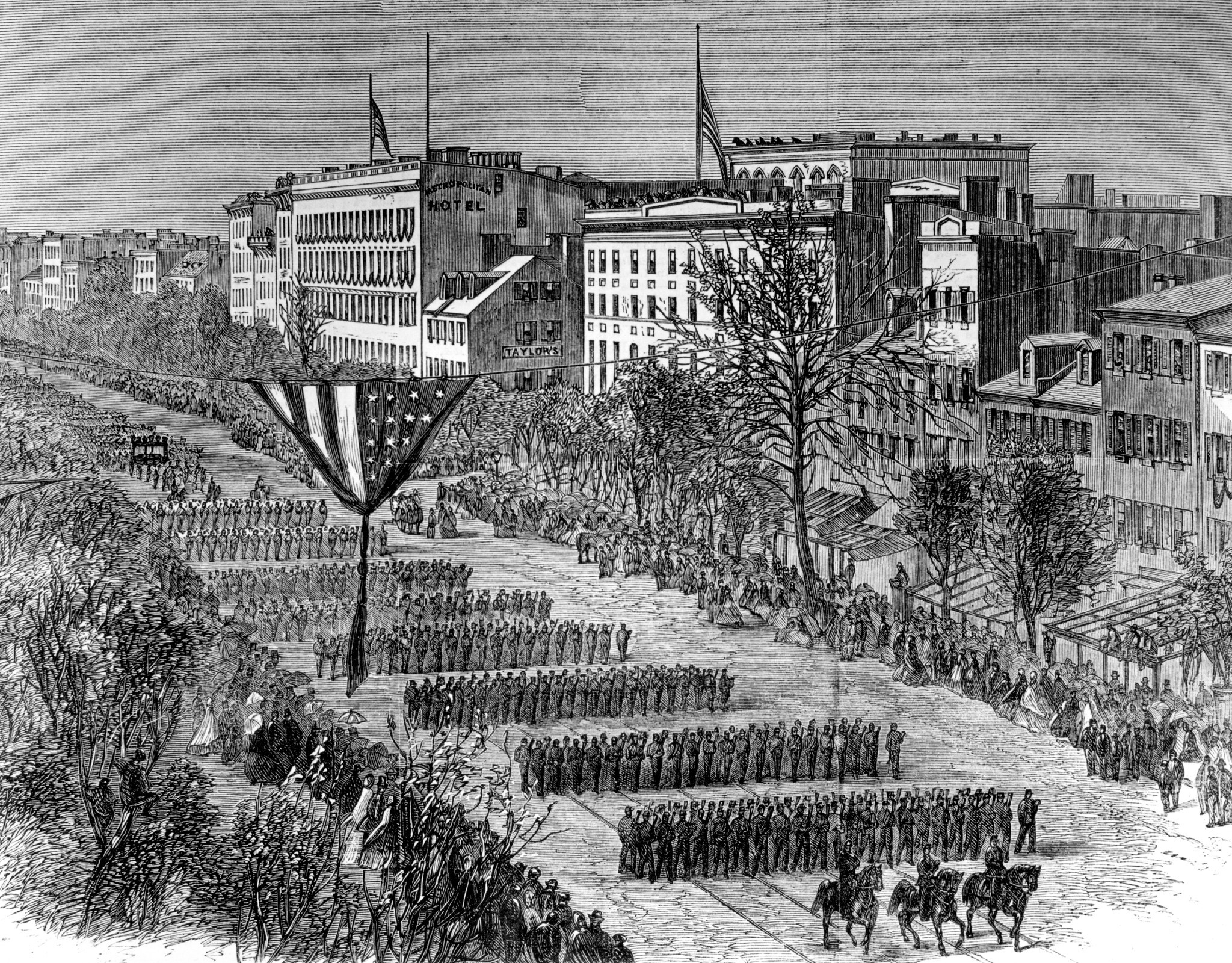 Engraved view of the funeral of President Lincoln, with soldiers marching the streets of Springfield, Ill. on May 3, 1865. (Harold M. Lambert / Getty Images)

Actors will take the stage April 14 in Springfield, Ill., to perform a comedy that is remembered for its role in an American tragedy. One hundred fifty years to the day that President Lincoln was shot during the laughter of Act 3, Scene 2, the curtain will rise again on "Our American Cousin." 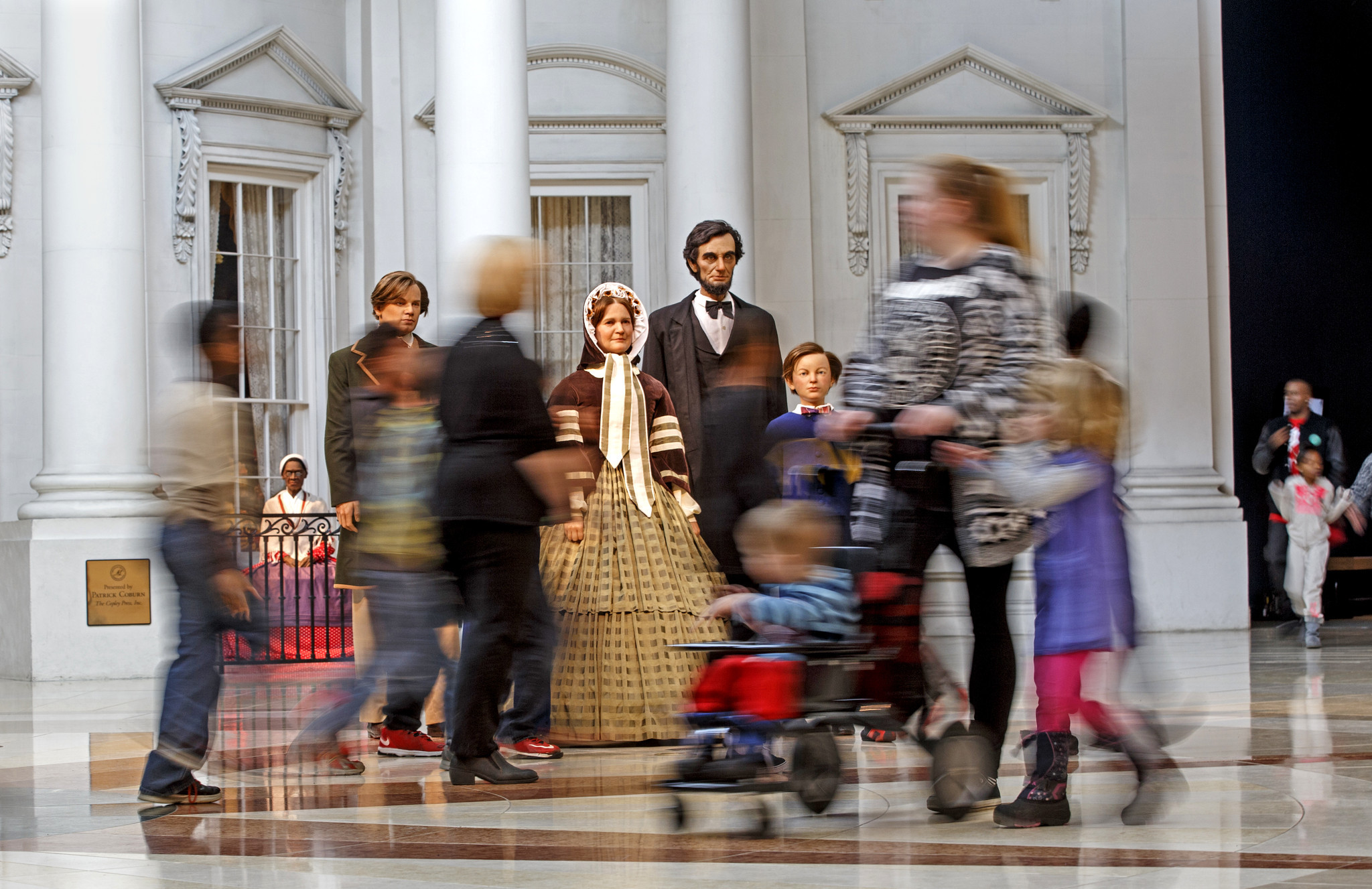 Figures of the Lincoln family greet visitors as they stream by the "White House South Portico" exhibit at the Abraham Lincoln Presidential Museum in Springfield, Ill., on Feb. 10, 2015. (Ted Schurter / The State Journal-Register)

Want to experience links to Lincoln? Visit these places

Here are some of the many places to learn more about Lincoln and his extraordinary story in Washington, D.C., Pennsylvania, Indiana, Kentucky and Illinois.

A replica of a mid-19th century steam locomotive was to have been part of a rail procession retracing route of President Lincoln's funeral train. (Historic Railroad Equipment Assn.)

Re-creation of Lincoln rail trip to Springfield, Ill., is scrapped

Plans for a funeral train that would have re-created the 1865 journey that took the president's body from Washington, D.C., to Springfield, Ill., have been scrapped because of a lack of funds. 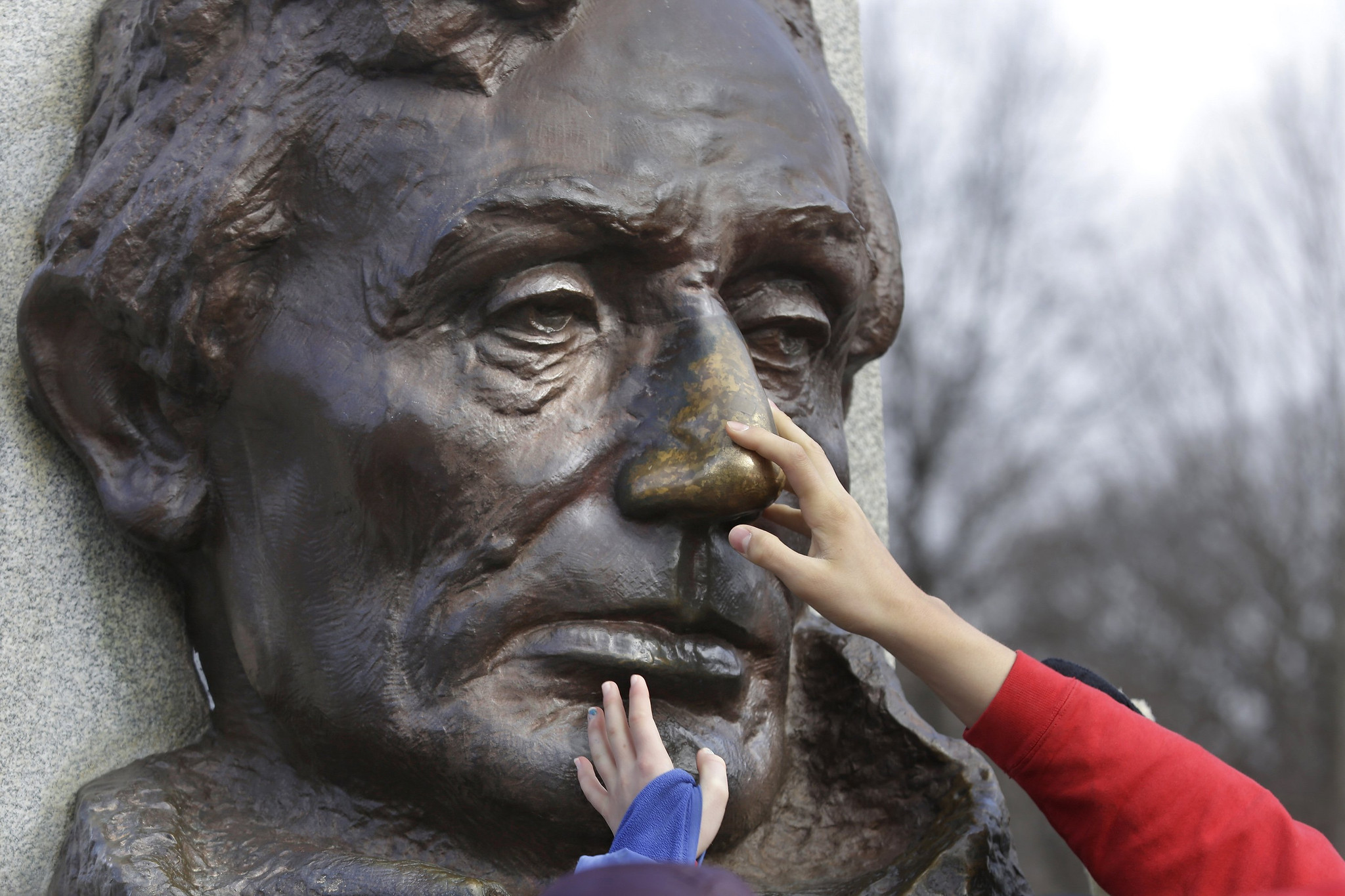 Schoolchildren stretch to rub the nose of Abraham Lincoln for good luck, during ceremonies honoring his birthday at the Tomb of President Lincoln on Feb. 12, 2015, in Springfield, Ill. 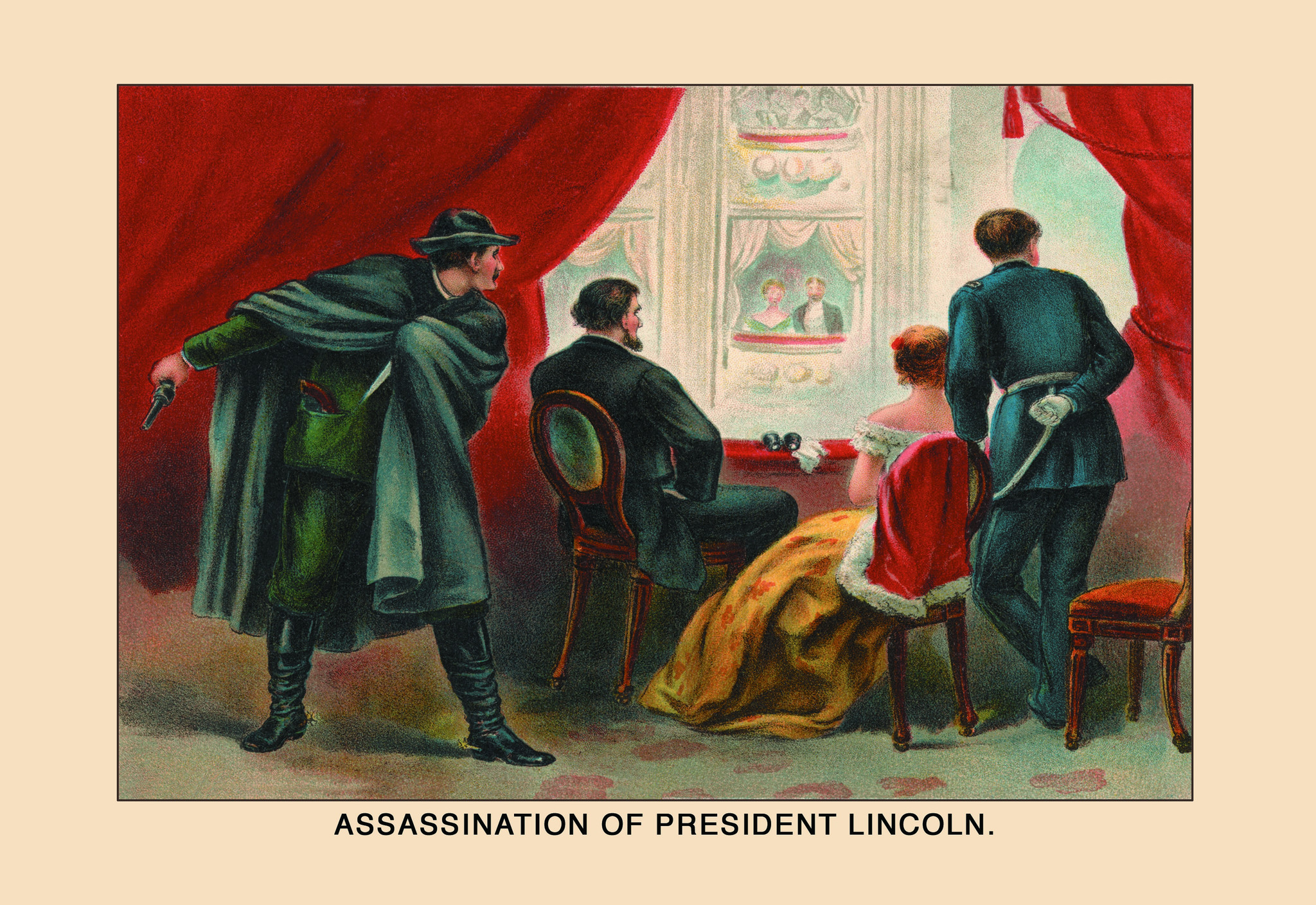 A circa 1900 postcard depicting the 1865 assassination of President Lincoln.