By Lorena Iñiguez Elebee and Melody Petersen
March 6, 2016
12 AM

Every day, about 275 million gallons of raw sewage flows through Hyperion, the plant that treats most of the city’s waste. The plant intentionally creates an environment where bacteria thrive by mixing in microorganisms that feed on the sewage and break it down.

Most of the sewage comes from homes through sinks, bathtubs, toilets and washing machines, but some also comes from commercial and industrial users. About 2 million gallons comes from hospitals. 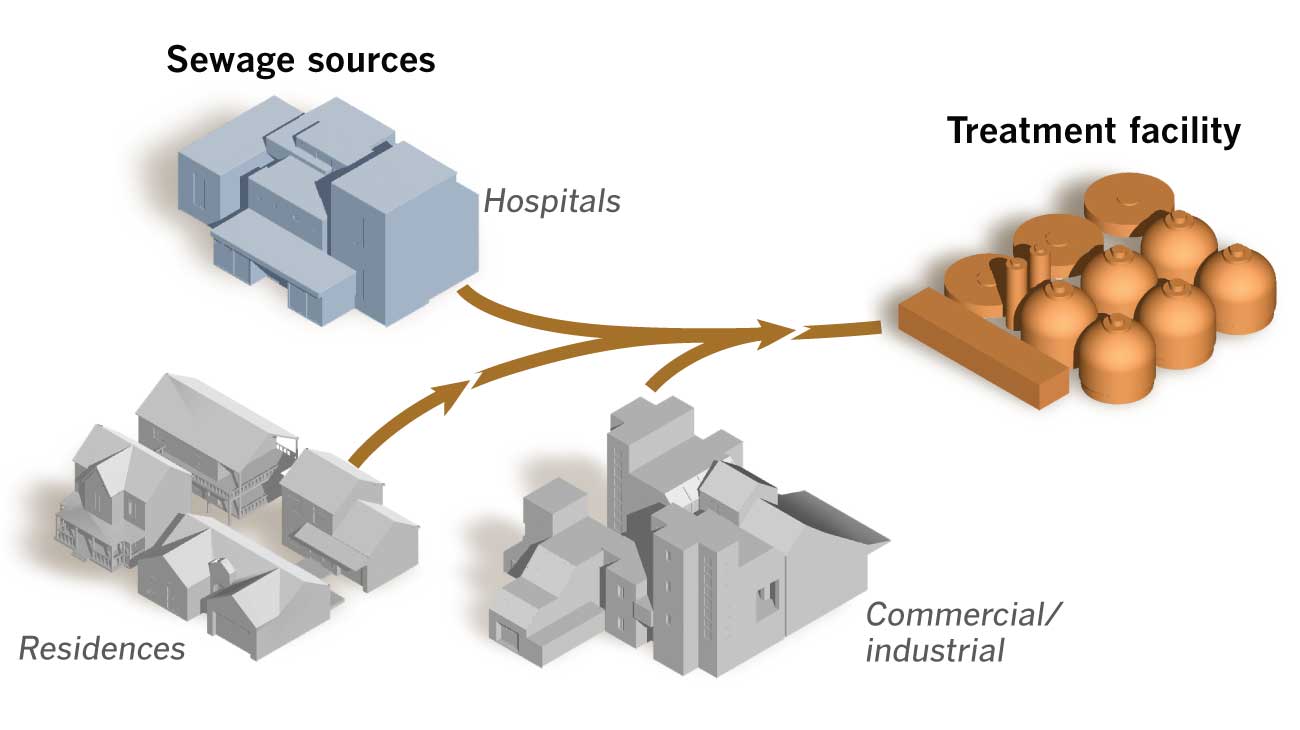 Screens stop large debris like sticks, bags, rags and wood. Sand and other gritty solids are captured in sedimentation tanks, while the wastewater flows through. 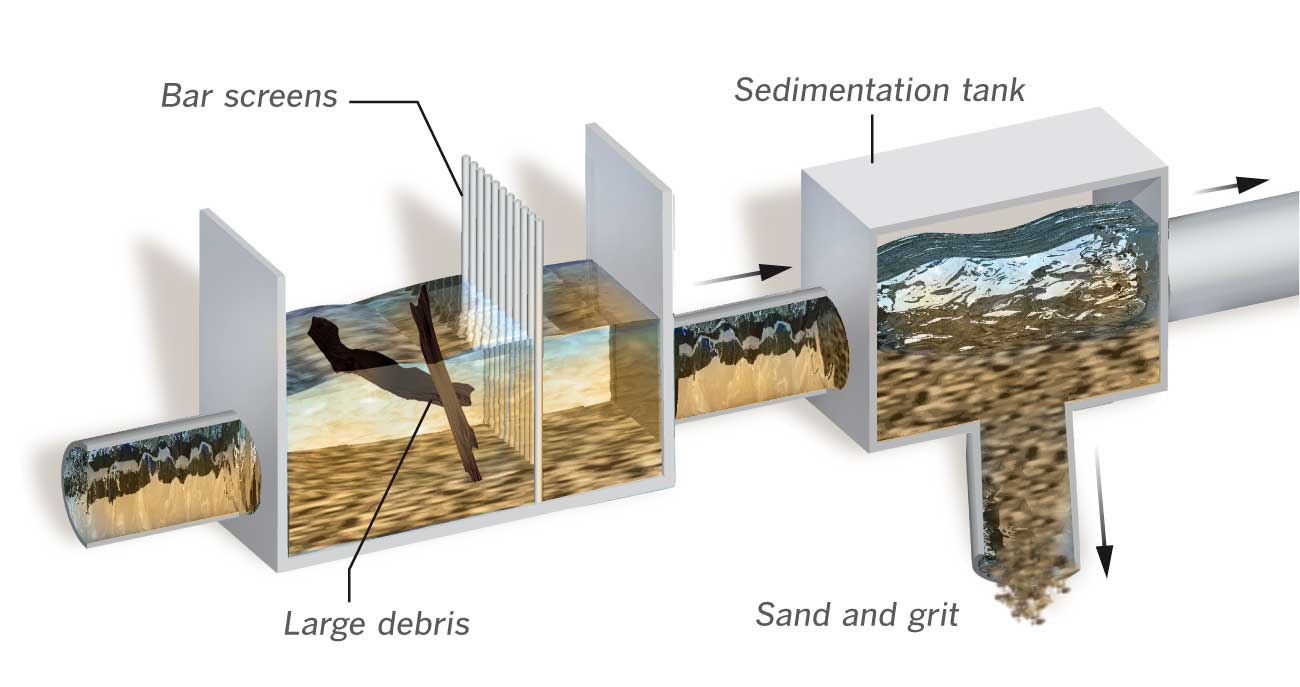 Wastewater slowly flows through underground tanks, each the size of a football field. There, coagulants help solids settle to the bottom. The solids are then pumped into digesters for further processing. Oil and grease is skimmed off.

Wastewater flows through the oxygen reactor tank, where several hundred tons of microorganisms are added to begin decomposing the organic waste.

After the organic material decomposes, the wastewater flows into the clarifying tanks. Microorganisms settle to the bottom. Solids that settle are sent to a separate system – egg-shaped vessels known as digesters for continued treatment. Officials say the wastewater is clean enough to flow to the Santa Monica Bay. 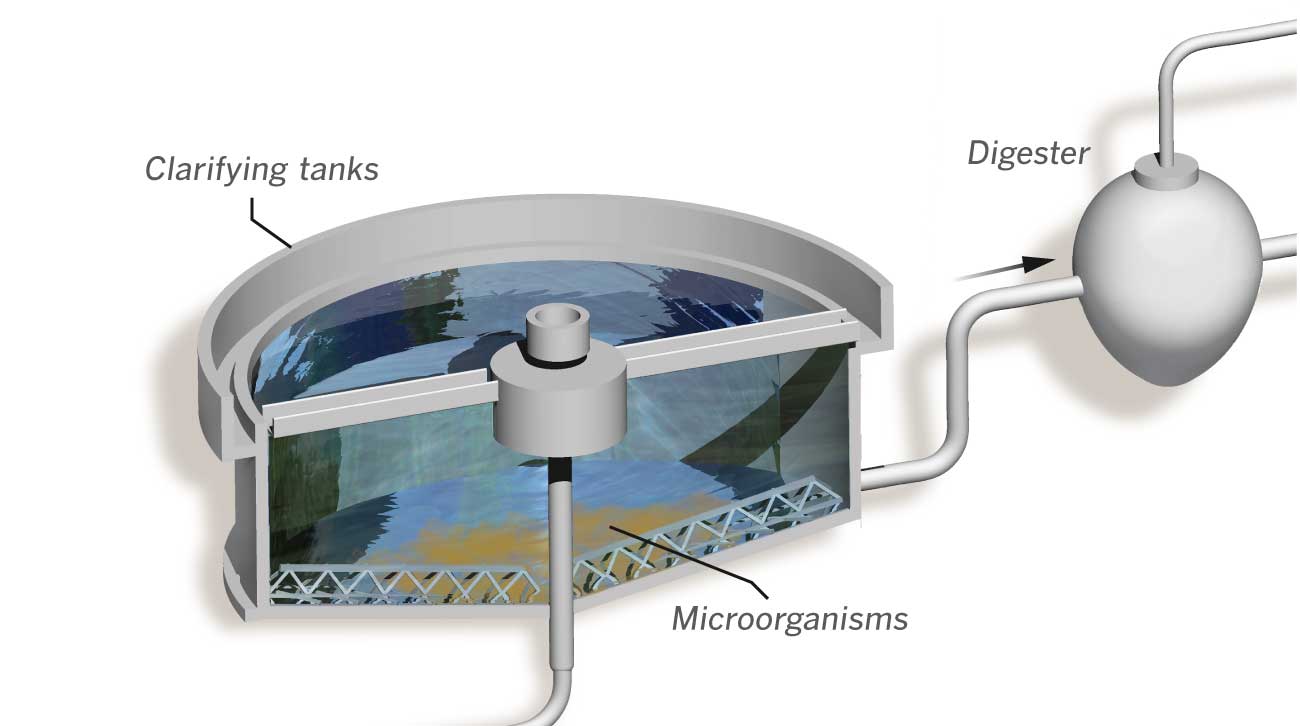 Disposal and reuse of wastewater

Treated water is disposed five miles out and 190 feet deep. Chlorine is added to the wastewater only in rare cases where it must be released through a pipe just a mile from the shore. About 6% of the water is sent to a reclamation plant for further treatment. That recycled water is used to irrigate golf courses and parks or sent to businesses for industrial uses. 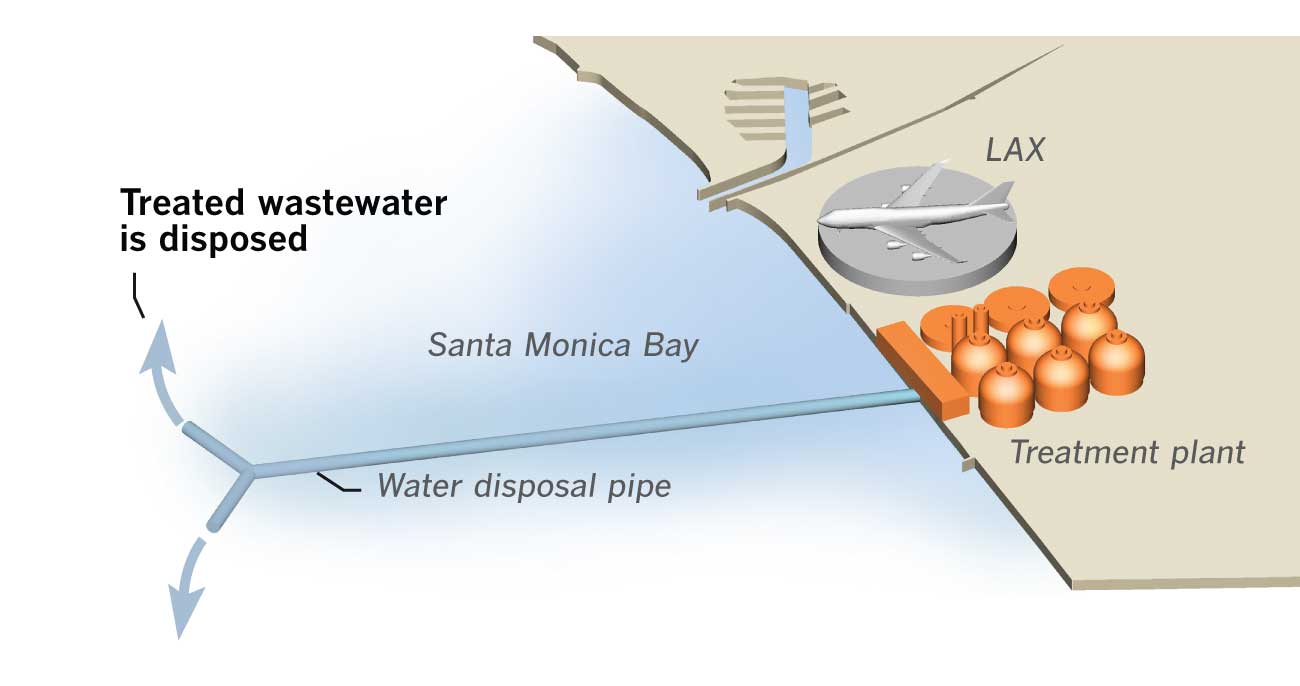 Follow @latimesgraphics for the latest infographics from the Los Angeles Times.

Lorena Iñiguez Elebee is a senior graphics and data journalist at the Los Angeles Times.

Melody Petersen is an investigative reporter covering healthcare and business for the Los Angeles Times. Send her tips securely on Signal at (213) 327-8634.