In 2014, California saw its highest number of measles and whooping cough cases in decades

In 2014, California recorded its highest number of measles cases since 1995 and the worst rate of whooping cough cases per 100,000 residents since 1958. The change comes as immunization rates for measles and whooping cough for California’s kindergartners have been declining over the past decade. The most recent cases linked to Disneyland or Disney California Adventure Park are not included until officials can provide the date of the onset of symptoms. 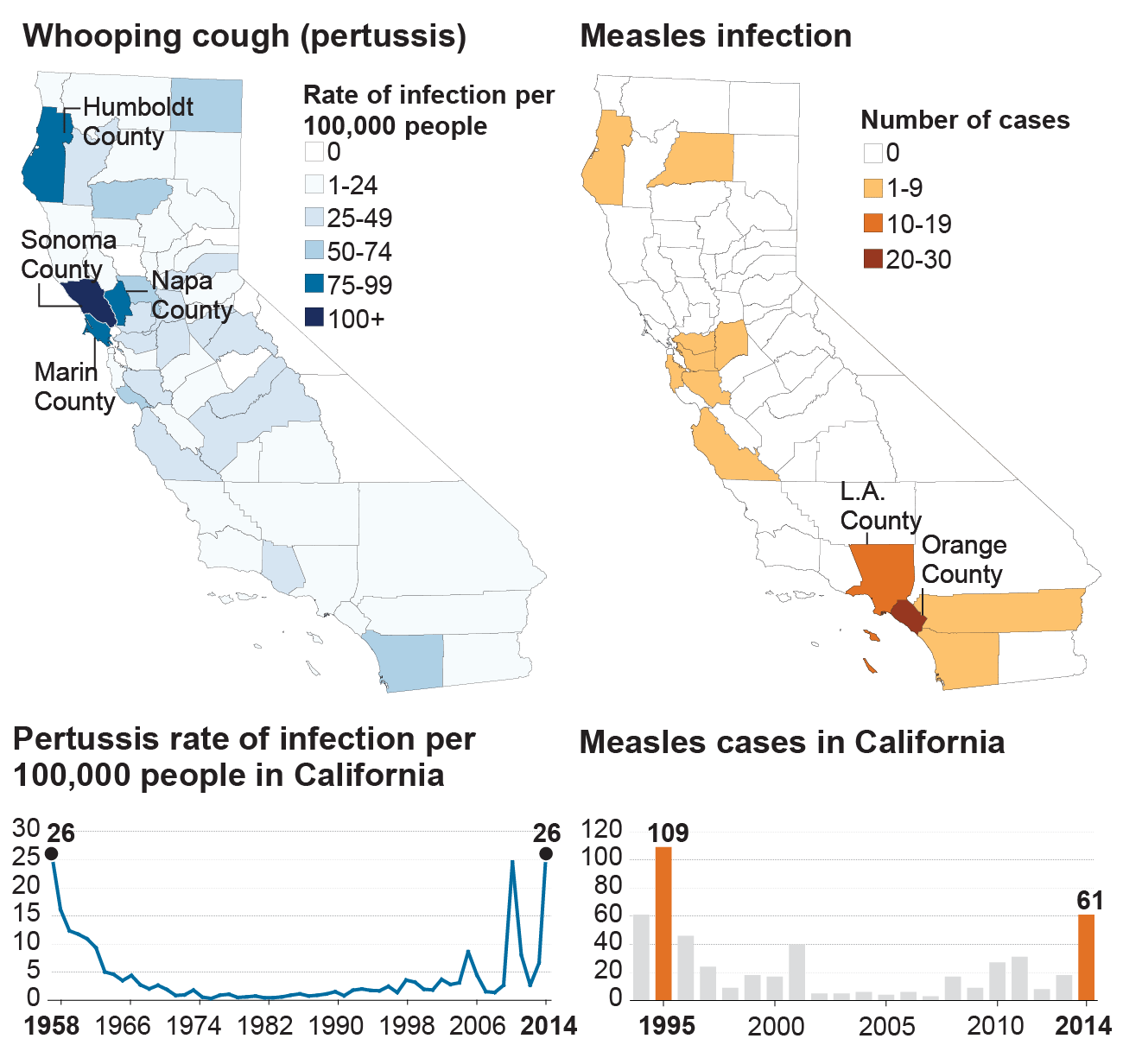 Note: Rate per 100,000 people is used for whooping cough rather than the raw number of cases to factor in the change in California population since the 1950s. Pertussis data for 2014 includes cases reported to the state through Nov. 26, 2014; and measles data is as of Oct. 6, 2014.