The evolution of music: How genres rise and fall over time

Our understanding of the cultural shifts in popular music have largely been reliant on anecdote and history -- memories of journalists who attended Woodstock or fans who followed hip-hop from the start. Until now.

Working with digitized music files, a team of scientists led by Matthias Mauch at Queen Mary University of London analyzed roughly 17,000 songs that charted on the U.S. Billboard Hot 100 between 1960 and 2010. Taking note of digital elements in the songs known to correspond with certain chord patterns, rhythms and tonal characteristics -- think "no chords," "dominant 7th chords," or "calm, quiet, mellow" -- they were able to organize the songs into 13 different categories, which roughly correspond with musical genres.

The chart below shows the popularity of the 13 computer-generated categories over time. Greater thickness indicates a larger number of songs in a category in a given year. Descriptive labels, which give an idea of the genres the categories represent, were compiled from descriptions users of the music discovery tool Last.fm assigned to songs in each category.

Interactive: See how 50 years of pop music have evolved 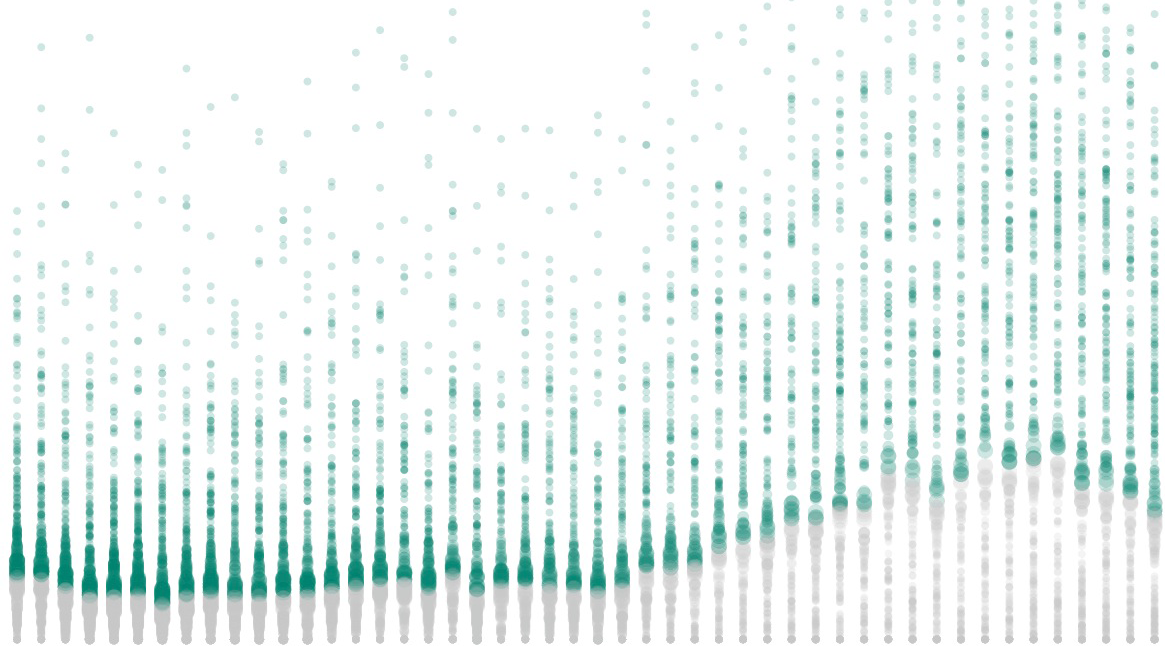 Source: “The Evolution of Popular Music: USA 1960-2010,” by researchers at Queen Mary University of London, in Royal Society Open Science